Processors of cream cheese and spreads are keeping things interesting as they continue to innovate with new, indulgent flavors.

Kraft Foods’ Philadelphia cream cheese added two new flavors to its Indulgence spread line — cinnamon and dulce de leche caramel — at the end of 2012. The new flavors play off the indulgent flavor trend showing up on the market everywhere, from ice cream, to yogurt, to dairy dips.

The new cream cheese spreads are available in 8-ounce tubs for a suggested retail price of $2.99. They join the other flavors (milk, dark and white chocolate) which were introduced in January 2012.

Learn more about the other flavors in Philadelphia Indulgence from Kraft is a new way to enjoy chocolate. Kraft Foods is based in Northfield, IL. 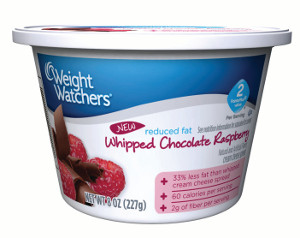 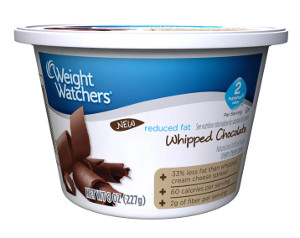 These new spreads have 33% less fat than regular cream cheese, according to a company press release. Each contains 2 grams of fiber and 60 calories. Both are available in 8-ounce tubs for a suggested retail price of $2.52.

The Weight Watchers Cheese products can be found at Walmart and other retailers.

Another brand focused on healthy indulgence is Franklin Foods’ Greek Mountain Farms, which launched the first-ever Greek yogurt cream cheese last year. This cream cheese is said to contain twice the protein and half the fat of regular cream cheese, plus live and active cultures. Read more about that product here. Franklin Foods is based in Enosburg Falls, Vt.

From the look of it, it appears that cream cheese processors are following the lead of yogurt processors and focusing on flavor and innovation.

Got a new product to contribute? Submit it to Dairy Foods here.