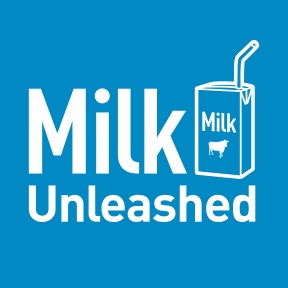 A major campaign is launching this week to educate mothers that shelf-stable milk packaged in aseptic packages is a safe and convenient way to serve the beverage to their children, and a nutritious alternative to soft drinks and sports beverages. The effort explains how fluid milk can stay fresh for six months or longer without refrigeration.

While the dairy processing industry is familiar with extended shelf life (ESL) milk pasteurized at ultra-high temperatures and packaged in aseptic containers, the general public, at least in the United States, is not. A new campaign launching on Aug. 1 by Tetra Pak introduces the term "shelf safe milk."

Tetra Pak, a manufacturer of pasteurizing equipment and beverage packaging, seeks to educate mothers of young children about the benefits of ESL milk. Its "Milk Unleashed" campaign includes a website, public relations, in-store marketing and sampling. In short, the message is that milk no longer needs to be kept under refrigeration. It can be untethered, or unleashed, from the dairy case in the store and from the refrigerator at home.

"We want to provide a good source of information" that suits the modern lifestyle, Alonso Prado told Dairy Foods. Prado is a marketing manager for liquid dairy and nutrition in the North America cluster at Vernon Hills, Ill.-based Tetra Pak. That lifestyle is centered on the concept of "grab and go." Foods and beverages must be portable because they are consumed away from the dining table in cars, classrooms, office cubicles and elsewhere. For the most part, milk does not venture far from the refrigerator.

The high heat in the UHT pasteurization process makes milk shelf safe. The Milk Unleashed website describes UHT processing at 275 to 284 F for four seconds. A document "Pasteurization: Definition and Methods" on the International Dairy Foods Association website describes various processes, including conventional pasteurization, known as HT/ST (high temperature/short time), which heats milk to about 161 F for 15 to 20 seconds.

When it is cooled, the milk is packaged in a six-layer aseptic carton. Six layers of polyethylene, aluminum and paper form a barrier to light and oxygen, preventing the development of bacteria and making the milk shelf safe.

Consumers might have some concerns about taste and other organoleptic characteristics of UHT milk. But Prado said in blind taste tests, consumers can't tell the difference between conventionally pasteurized and UHT milk. He called UHT processing methods from the 1990s "aggressive" and said they did alter milk's taste and color. That is no longer an issue, he said.

The ESL format is popular in Europe and other regions around the world, Prado said, but in the United States ESL is a "young and small" market." Tetra Pak's marketing campaign positions ESL milk as a convenience for mothers. In a statement, Carla Fantoni, vice president of communications, said "Moms can toss the eco-friendly cartons in lunch boxes, picnic baskets, diaper bags, beach coolers and sports bags."

Dairy processors are trying to figure out how to stop the slide in milk consumption. The beverage has lost "share of stomach" to water, juices and soft drinks. The three-hour window around breakfast (from 6 a.m. to 9 a.m.) is when one-third of milk is consumed, according to statistics from Milk Processor Education Program. Another 19% is consumed from 11 a.m. to 2 p.m.

The dairy industry would gain if it developed packages and formats that allow milk to be consumed away from the dining table. Portability is an issue that perplexes processors. The gallon jug is not a suitable container for on-the-go consumers and out-of-home consumption.

In a presentation to processors in 2011, MilkPEP CEO Vivien Godfrey said processors need to "steal share from other beverages." Further, "innovation with the industry is required for milk to compete in the marketplace of the future." She cited innovations in packaging as well as function, flavor and texture.

Shoppers can stock up on shelf-safe milk, refrigerate what they need for immediate consumption and put the rest in the pantry, Prado said. Storing milk outside of refrigeration has an eco-friendly benefit, and that appeals to retailers, Prado said. He expects retailers to merchandise ESL milk near the dairy case but not in it.

The Milk Unleashed website includes videos explaining pasteurization, nutritional information about milk, promotions, contests and a "where to buy" directory. Tetra Pak also will be reaching out to mom bloggers and engaging in public relations.

Dairies, creameries and cheesemakers taught me a lot about dairy processing

Schuman Cheese has a passion for Parmesan

Arla pumps up its sales team to grow the business

Can technology save fluid milk?

State of the Dairy Industry: Who can fix milk?