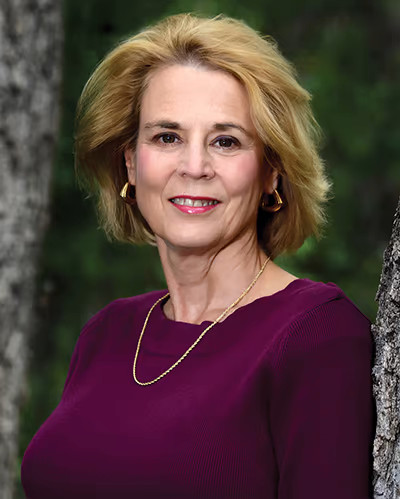 Sharon Gerdes is a Certified Food Scientist and author who writes extensively about dairy’s role in health and wellness. Learn more at http://sharongerdes.com

Milk consumption among children has been declining during the past 40 years. And now, according to the 2020-2025 Dietary Guidelines for Americans, 41% of U.S. children and adolescents are overweight or have obesity.

A 2022 study published in the American Journal of Clinical Nutrition’s “Association of Cow's Milk Intake in Early Childhood with Adiposity and Cardiometabolic Risk in Early Adolescence” found that consumption of higher-fat cow's milk in early childhood was not associated with increased adiposity or adverse cardiometabolic health more than a decade later. The authors noted that their findings do not support current recommendations to consume lower-fat milk to reduce the risk of later obesity and adverse cardiometabolic outcomes.

A 2021 study from the International Journal of Obesity, “Cow's Milk Fat and Child Adiposity: A Prospective Cohort Study,” also concluded that guidelines for reduced fat instead of whole cow's milk during childhood may not be effective in preventing overweight or obesity. Compared to children who consumed reduced fat milk (0.1 to 2%), there was evidence that children who consumed whole milk had 16% lower odds of being overweight.

In contrast to fat content, sugar content of milk also may have a significant impact on weight. A 2022 paper from Nutrients, “The Relationship between Fluid Milk, Water, and 100% Juice and Health Outcomes among Children and Adolescents,” found that “Milk consumption was positively associated with height, and negatively associated with abdominal obesity and skinfold thickness.”

This study also found a positive association of milk intake and bone strength. However, “when flavored milk drinkers were added to the study sample, both BMI and waist circumference were significantly higher among milk drinkers than those who did not consume milk, suggesting an undesirable relationship between flavored milk and BMI.”

While the evidence for plain whole milk continues to build, a 2020 USDA review, “Beverage Consumption and Growth, Size, Body Composition, and Risk of Overweight and Obesity: A Systematic Review,” concluded that “Insufficient evidence is available to draw a conclusion about the relationship between the type of milk (i.e., milk fat content, flavor) and adiposity in children.” This may explain the reluctance of health professionals to recommend whole milk over low-fat or skim.

As some millennials turn to plant-based milk alternatives, they might be tempted to serve them to their children. However, plant-based/nondairy milks are not recommended as a full replacement for regular milk.

“Evidence indicated that, with the exception of fortified soy milk, many plant-based/nondairy milk alternatives lack key nutrients found in cow’s milk. Even when these milks have extra nutrients added to them, our bodies may not absorb those nutrients as well as they can from regular milk,” according to HealthyDrinksHealthyKids.org.

Calcium, potassium and vitamin D are considered dietary components of public health concern for the general U.S. population. While values may vary slightly, most dairy products are a good source of potassium, and an excellent source of calcium and vitamin D. Decreased fluid milk consumption may leave room for sugar-sweetened, high-caloric beverages that lack essential nutrients of concern for children.

In the United States, many take dairy’s high-quality protein for granted. The 2022 IFT FIRST conference highlighted the importance of dairy for children in other countries. Mitch Kanter, chief science officer for the Rosemont, Ill.-based Global Dairy Platform, in his presentation on “A World Without Cows,” stated that, “In countries like India, over 60% of the people suffer from some form of protein-calorie malnutrition, and stunting and wasting is prevalent. So, for low- and middle-income countries in the developing world, protein quality is extremely important.”

For many of the world’s children, any form of dairy helps to support a healthy weight.