This website requires certain cookies to work and uses other cookies to help you have the best experience. By visiting this website, certain cookies have already been set, which you may delete and block. By closing this message or continuing to use our site, you agree to the use of cookies. Visit our updated privacy and cookie policy to learn more.
Home » Children drinking low-fat milk gain similar amount of weight as those drinking whole
Dairy Foods & BeveragesMilk
Research

Perhaps whole milk makes children feel full so they don't reach for the chips or other snacks.

By University of Virginia Health System 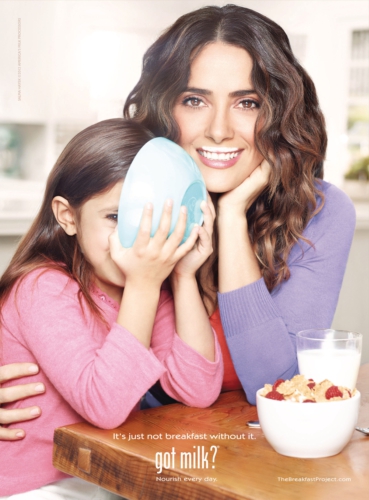 Preschoolers who are given low-fat milk, as recommended by the American Academy of Pediatrics, are more likely to be overweight or obese than children given 2 percent or whole milk and, over time, gain weight at a similar rate as children drinking 2 percent or whole, new research at the University of Virginia School of Medicine suggests.

The U.Va. researchers evaluated data from 10,700 American children between ages 2 to 4 followed in the Early Childhood Longitudinal Study. It shows that consumption of 1 percent and skim milk is most common among preschoolers who are overweight or obese – possibly reflecting parents’ concern about their children’s weight. The study also shows, however, that the low-fat milk did not restrain weight gain between ages 2 and 4. In fact, children given skim or 1 percent milk were more likely to become overweight or obese during that time than their peers who drank whole milk.

“The association [between the consumption of low-fat milk and obesity] was really striking, in that it was present in every single racial ethnic group and every single social strata. So it was quite consistent,” U.Va. researcher Dr. Mark D. DeBoer said. “And it was also [noted] at both 2 years of age and 4 years of age. The children who drank skim were the heaviest, then 1 percent, then 2 percent and then whole milk. Children who drank whole milk had the lowest weight score.”

U.Va. researcher Dr. Rebecca Scharf was inspired to evaluate the relationship between milk consumption and children’s weight after noting the growing obesity problem in New York City. “I thought it would be interesting to run the data and see if the children who drank only high-fat milk are more likely to be obese, because we were seeing lots of obesity in the neighborhoods where skim milk was not readily available,” Scharf recalled. “As I started to run the data, I found that it was exactly the opposite: Children who drank low-fat milk were heavier.”

To combat the epidemic of obesity among youth, both the American Academy of Pediatrics and the American Heart Association have advocated giving low-fat or skim milk to all children ages 2 and up. But the U.Va. research suggests that tactic may need to be reconsidered in favor of emphasizing more conclusively effective means of weight control, such as increased exercise and decreased television viewing.

“The amount of calories you take in versus the amount you spend – your balance of calories – is going to determine how much you weigh,” DeBoer said. “So the logic has always been, you should drink skim milk because you’re taking in fewer calories. The problem is that only applies to the milk portion of your diet. If drinking whole milk makes you full, so that you aren’t hungry to eat a bag of chips, then that overall would cause you to have fewer calories going in. So there is the possibility for whole milk being a better satiety agent and holding down other calorie consumption.”

The paper has been published online by the Archives of Disease in Childhood journal. It was written by Scharf, Ryan T. Demmer of Columbia University and DeBoer.
The message parents should take from the study, DeBoer and Scharf agreed, is that the type of milk children consume matters much less than other lifestyle factors.

“For a long time the American Academy of Pediatrics and pediatricians have been trying to get people to drink skim milk, and that’s probably not a strong strategy,” DeBoer said. “We should focus on other things, like not eating as many snack foods, not eating foods high in saturated fat, decreasing soda consumption, decreasing television watching. Those are things with a stronger evidence basis.”

Low-Fat Dairy Foods: A Healthy Choice for the Whole Family