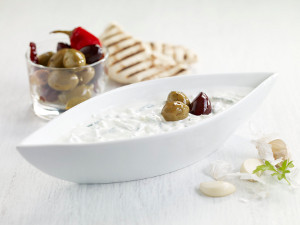 Arla Foods Ingredients has launched an innovative protein solution that enables yogurt manufacturers to produce delicious Greek-style yogurts on their existing plant for the first time – with dramatically reduced levels of wastage.

Sales of Greek and Greek-style yogurts are soaring globally, as consumers all over the world become hooked on their great taste, smooth texture, naturalness, high protein content and healthy credentials. But the specialist equipment usually required to make them, and the low yields per kilogram of milk used, are major barriers to entry into this lucrative market for many dairy companies.

However, a new range of Nutrilac proteins developed by Arla Foods Ingredients means manufacturers can now enter the profitable Greek-style yogurt category cost-effectively and without investing in a new processing line.

Nutrilac proteins for Greek-style yogurt are designed to be used in conjunction with Arla Foods Ingredients’ ‘Quick’ process – a manufacturing technique that eliminates the need for the whey separation step associated with traditional Greek yogurt making. This means companies do not need to purchase expensive separation equipment to make Greek-style yogurt and can simply use their existing yogurt-making machinery.

In addition, the Quick process ensures that virtually 100% of the milk used in the manufacturing process ends up in the final product. In traditional Greek yogurt making, two thirds of the milk used is strained off as liquid whey and discarded to leave only the solid curds. This results in increased costs in terms of buying and storing extra milk and generates a substantial waste stream that must be treated prior to disposal, resulting in further expense for the producer. 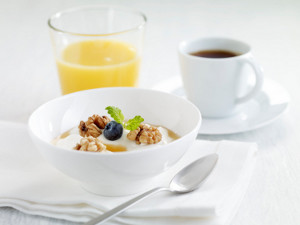 Nutrilac protein solutions are available for a comprehensive range of Greek-style yogurt applications, including non-fat, low-fat, full-fat, long-life and drinking yogurt. All can be made with a protein content matching that of traditional Greek yogurts – something that was not previously possible.

While standard yoghurts have a typical protein content of 3% to 4%, traditional Greek yogurts contain between 6% and 10%. Usually, Greek-style alternatives fail to match this, and only offer up to 8% protein content. But Arla Foods Ingredients can now work with manufacturers to boost protein levels in their Greek-style yogurts to 10% using its customised Nutrilac solutions in combination with the Quick process.

Torben Jensen, application manager at Arla Foods Ingredients, said, “Greek and Greek-style yogurts often command a significant price premium in store, and offer food manufacturers an excellent opportunity to increase their margins. As a result, companies are keen to enter the sector, but many are prevented from doing so by the high cost of the specialist machinery required and the low yields and high levels of waste generated.”

He continued, “Nutrilac proteins for Greek-style yogurts address all of these barriers, creating an excellent opportunity for manufacturers to launch into this market with zero start-up costs. Used in combination with our Quick process, Nutrilac proteins can help dairy companies of all sizes quickly and cost-effectively take advantage of the huge popularity of Greek-style yoghurts with little or no risk.”

Arla Foods Ingredients’ Nutrilac proteins are manufactured from specially selected fractionated milk proteins, which means they are clean label and can be listed simply as ‘milk protein’ on-pack.