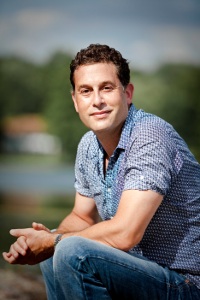 Goldstein previously served as vice president of marketing at Kiss My Face, and held marketing roles at Dr Pepper Snapple Group with brands such as Snapple and Mott's, as well as at The Boston Beer Company, brewer of Sam Adams beers. A Boston-area native, Goldstein relocated from upstate New York to southwestern Wisconsin.

"Lewis's marketing and branding expertise is key to achieving our goals in the years to come," said Siemon, one of the founding farmers of the co-op. "His commitment to our mission of keeping farmers on the land will help take us to the next level while maintaining our identity as a farmer-owned cooperative."

Goldstein will oversee marketing for Organic Valley and its associated brands, including areas of brand management, category development, relationship marketing, and marketing communications. From Organic Valley headquarters in La Farge, Goldstein oversees a team of over 55 marketing professionals for the $619 million brand.

In 2010, Dairy Foods named Organic Valley its Processor of the Year.