Does your milk taste bad?

Spoilage organisms in pasteurized milk can result in off-flavors and other defects. 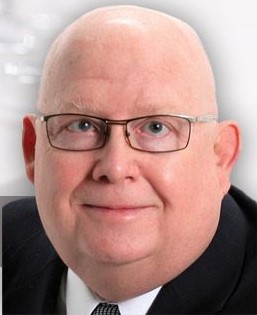 A few weeks ago, I poured milk on my cereal, and when I took my first bite, I realized that something was wrong. I went back and tasted the milk and found a distinct off-flavor and odor in the milk itself.

Examination of the sell-by date on the jug showed that there were still seven days left on the code. I decided to return the milk to the store I purchased it from — not because I wanted my money back, but to let them know there was a problem, as I am very meticulous about keeping dairy products at 40 degrees Fahrenheit or less.

When I did so, the woman at the service counter seemed confused. It was as if I were the first person ever to return milk.

That made me think. When I was a child, it was not unusual to have milk “go sour.” When it did, my mother’s response was to simply pour it down the drain and buy new milk. That reflects on the dairy industry and how poor a job we were doing in the 1950s and 1960s.

Today, I seldom see milk that does not have a shelf life that exceeds the sell-by or use-by date. In fact, that’s why I returned the milk I had purchased. It was so unusual for that brand of milk’s shelf life to not exceed the sell-by date by a week or so.

We have gotten so much better at pasteurization, cleaning and sanitizing, and refrigeration that sour milk seldom happens today. More commonly, flavors produced are putrid, fruity, unclean or sometimes bitter. Or there can be texture issues such as ropy or curdled milk.

These defects are often caused by a group of microorganisms we call psychrotrophic bacteria. These bacteria fall into three categories but have one thing in common: They all grow and produce off-flavors at refrigerated temperatures.

The second and more common type of psychrotrophic contamination are gram-positive cocci. There are two common sources for these spoilage organisms, which may cause off-flavors, as well as ropiness, in the finished product.

The first possible source is the raw milk in the form of thermoduric spores. In this form, they can survive pasteurization. They may lie dormant in the pasteurized product for seven or more days and then become active. Gram-positive cocci are found in post-pasteurization contaminates such as compressed air, condensate, or bad gaskets.

Finally, the most common type of psychrotrophic contamination are gram-negative rods. These organisms will NOT survive pasteurization and are caused by post-pasteurization contamination somewhere after the heater section of the pasteurizer. The presence of these organisms will most assuredly produce putrid, unclean, bitter or fruity flavors much like those at my breakfast the other week.

Identification of these organisms may be accomplished with a good microscope and gram-staining equipment. Additionally, many facilities utilize line samples and stress tests to identify contamination. Samples should be taken throughout the process and held for 18-24 hours at 70 degrees Fahrenheit and plated for standard plate count (SPC). The goal should be for counts to be less than 1,000 colony-forming units/milliliter.

The other major stress test is the Moseley Test. As detailed in Standard Methods, this test consists of incubating an unopened container of milk at 7 degrees Celsius (45 degrees Fahrenheit) for seven days followed by plating on Plate Count Agar and incubating at 32 degrees Celsius for 48 hours.

The results are then compared with an SPC previously done on a fresh sample of the milk. According to Standard Methods, "large increases in the bacterial count between the first and second plating indicate limited shelf-life of refrigerated products."

Are you following best practices in plant sanitation?

Tedd Wittenbrink is technical director, Merieux NutriSciences. He has more than 30 years of management experience in the food industry in the areas of quality assurance, food safety, product quality and specialized training.

Does your dairy plant have labor pains?