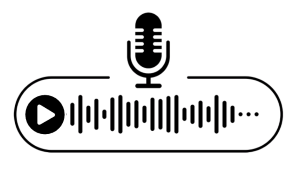 Considering that Wooster, Ohio-based Green Field Farms is run by a cooperative of Amish and Mennonite farmers who still use traditional on-farm methods, you might think that the company’s milk processing plant would also harken back to older times. But this couldn’t be further from the truth. The 12,000-square-foot plant — located in Fredericksburg, Ohio, down the street from the cooperative’s headquarters — actually was built just three years ago to meet Green Field Farms’ specific production needs.

Green Field Farms’ milk production process begins in receiving. The plant brings in milk tankers from its member farms on Mondays and accepts milk for its co-packing operations on Wednesdays. Milk is immediately tested for antibiotics via a beta-lactam SNAP test, notes Matt Collins, dairy manager.

“Once that gives the okay, we're allowed to hook up to our raw milk receiving line,” he explains. “It pumps to one of our two silos — depending if we're doing organic or conventional.”

According to Collins, the company’s farmers are also members of La Farge, Wis.-based Organic Valley, so any milk that Green Field Farms cannot use is diverted to the other cooperative — resulting in less waste.

Milk is pumped into the plant at a rate of about 50 gallons a minute. It takes about two hours for a tanker to be unloaded, cleaned, and sent on its way. Production of Green Field Farms’ own milk products is typically on Tuesdays and Wednesdays, Collins says. (The plant’s co-packing operations occur on Thursdays.)

The plant employees figure out the production schedule on Tuesday morning, and then start pumping milk from the silos to one of three vats. If the company is producing skim milk, 2% milk or half & half, cream and fat are separated out before this step. The company has two 1,000-gallon vats and one 800-gallon vat.

When producing its flagship cream-line whole milk in glass bottles, Green Field Farms moves the product from the silo straight to low-temperature vat pasteurization. With this type of pasteurization, milk is held for 30 minutes at a temperature of 145 degrees Fahrenheit. Most dairy plants use high-temperature/short-time pasteurization, notes Collins, but that processing method is harsh on milk.

“We keep it lower so that it keeps more of the natural enzymes of milk,” he explains. “With the ultra-pasteurized [methods] or stuff like that, it's considered dead milk. It kills everything in it, but you also lose the good bacteria, enzymes, and proteins.”

After the milk is pasteurized, it sometimes goes to the homogenizer — if the cooperative is producing homogenized whole or 2% milk. In this case, the homogenizer “smashes the fat particles down so that it doesn't leave a cream line,” notes Collins. But most of the cooperative’s milk skips this stage and instead moves to the plate chiller and then into one of its two 1,000-gallon surge tanks — where it is held until it is ready to be filled.

Green Field Farms’ plant has a 15-head filling and capping system, Collins says, which the cooperative had custom-built to handle both glass and plastic packages. This way, the plant doesn’t need to operate more than one packaging line or have extra equipment. Products are filled and bottled in either 32-ounce or half-gallon glass, 53-ounce plastic or 12-ounce plastic containers.

Most of the glass bottles that the cooperative uses are returned for re-use, so a major part of the plant’s operations is its hygienic bottle washer, Collins emphasizes. Green Field Farms typically receives back 75% to 80% of its glass bottles. Consumers return the bottles either to their place of purchase or directly to the cooperative.

“We'll get pallets or cases [back] from distributors or any pick-up customers,” he explains. “They'll bring back the bottles. We go through them and rinse out the nasty ones or throw them [away] because not everybody rinses and returns.”

“A bottle, if it's taken care of and not beat around too much, can last years,” he points out. “And so that's less waste going into landfills.”

After a product is packaged and capped, it is dated and moves into on-site storage. The amount of time the milk stays in the plant’s storage cooler depends on the customer, says Collins. For example, one of Green Field Farms’ major customers leaves a refrigerator trailer on-site for Wednesday pick up, while some others pick up product immediately after production wraps up.

Since the construction of Green Field Farms’ dairy plant was a recent endeavor, most of the equipment also is fairly new. For example, the company chose to purchase machinery that includes automated clean-in-place (CIP) systems.

“[With] the automated CIP, we try to reclaim as much as we can,” Collins emphasizes. “And that way, we're not dumping as much down the drain — chemical, water, everything.”

One of the newest technologies in the plant is its EnSure Touch environmental testing system from Hygenia, Collins says. The system is a hand-held monitoring device that collects data to verify sanitation.

On the other hand, the low-temperature vat pasteurization the plant uses is an “older method” of milk processing, he points out. For this equipment, Green Field Farms’ plant staff has to manually pour ingredients such as chocolate powder into the vats and visually observe that processing temperatures and times are correct.

Looking to the future, Green Field Farms would like to purchase a bagger so that it can bag milk for foodservice operations and also have the option to expand into further product offerings such as ice cream mix, Collins explains.

Plant equipment is cleaned daily during production. Green Field Farms operates two lines so it can wash one line’s equipment while the other is in operation, Collins says.

“So as we pump all the milk out of the silo and into the vats, we can wash the silo while the milk in the vats is still heating up,” he explains. “And then as we get one vat empty, we can wash that vat while the other ones are still being used with milk.”

The Friday shift is reserved for more of a deep clean, Collins notes.

“That's when we spray foam all the equipment, scrub the outsides and the floors, all that stuff,” he adds.

In terms of outside certifications, Green Field Farms is inspected by the FDA and Ohio Department of Agriculture and is certified organic by the Ohio Ecological Food and Farm Association.

“We're working towards our SQF certification for 2022,” Collins points out.

And for food safety, the cooperative goes by Pasteurized Milk Ordinance standards. It also sends product out for off-site testing to verify that it is doing everything properly, Collins says, though offerings are released before these test results come back. This is because the company relies on its EnSure Touch system to make sure its products have been safely produced. Product is sampled at the filler stage and then once again when it is in its final packaging.

Green Field Farms has four full-time employees, including Collins, and three part-time workers. With such a small staff, employees are cross-trained in case one of them needs to miss a shift. But individual employees are generally responsible for a specific part of the production process on a day-to-day basis.

“We have one person pumping milk; we have one person running the filler,” Collins explains. “The bottle washer actually takes two people, just to keep up with it. And then we have two people in the cooler to help load, but that can also be done by one [person].”

And the plant’s employees undergo food safety and employee safety trainings, including Good Manufacturing Practices and chemical trainings. Any trainings are usually done one-on-one because of the size of the staff.

While there isn’t a set career path within the cooperative’s small plant operation, the cross-training means that “if somebody decides to leave, the next person will step up to that position or we will look for an outside hire,” Collins emphasizes.

For new hires, Green Field Farms doesn’t necessarily look for potential employees with a food production background. What is more important is their willingness to work hard and try their best, he says.

Anna Boisseau, managing editor of Dairy Foods, has a diverse background in journalism including experience writing about international relations and parenting issues. In her spare time, she works on documentaries. She received her master’s degree from Northwestern University’s Medill School of Journalism.