This website requires certain cookies to work and uses other cookies to help you have the best experience. By visiting this website, certain cookies have already been set, which you may delete and block. By closing this message or continuing to use our site, you agree to the use of cookies. Visit our updated privacy and cookie policy to learn more.
Home » Dairy news world report: Arla in JV with Juhayna; Anuga show in Istanbul called successful; Grupo Lala opens milk plant Nicaragua
Dairy Processor News
International dairy news round-up

In the Asia/Pacific region, Fonterra completes a mozzarella plant in New Zealand.

Arla Foods and the Egypt-based dairy company Juhayna have agreed to form a joint venture which will sell Arla’s products across Egypt.

The new company, to be named ArJu Food Industries, will target an October 2015 start of sales operations. Arla expects its revenue in Egypt to exceed 90 million euro in 2020.

Juhayna owns 51% of the new joint venture company, while Arla owns 49%. However, Arla will be in charge of the daily management of the joint venture. The ambition is for the company to also start up local production in Egypt. The joint venture is expected to have 40 to 50 employees, growing to more than 100 within the next year or two.

Juhayna has a very limited production of butter, cheese and cream, which Arla has specialized in across the Middle East and Africa. The joint venture company will sell Arla’s products in Egypt.

“It is a very good match for both parties. Juhayna has a nationwide distribution network, and we are not competing within the same product categories. Together we now get a broader product portfolio, which strengthens the business of both parties,” said Arla’s senior director of the Middle East & Africa, Rasmus Malmbak Kjeldsen.

The retail structure in Egypt is characterized by a limited amount of supermarket chains and countless small one-man shops that need goods delivered straight to the door. Consequently, Juhayna has developed a distribution network that covers the entire country.

“Our products will now be able to reach all corners of Egypt. Today our business is merely scraping the surface, but now we will be able to drastically expand our distribution to reach millions of new consumers,” said Rasmus Malmbak Kjeldsen.

Anuga calls its AnuFood Eurasia show in Istanbul ‘a success’

The first edition of AnuFood Eurasia, a three-day trade fair at the Tüyap Fair Convention and Congress Center in Istanbul, featured 212 suppliers from 29 countries. Foreign participation was 42%. About 6,000 trade visitors with an international share of 25% from around 70 countries gathered information and placed orders. The fair was jointly organized by Koelnmesse and Reed Tüyap. 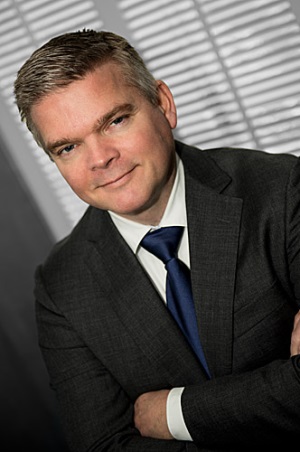 Work is complete on a new mozzarella plant at dairy cooperative Fonterra’s Clandeboye site in New Zealand, doubling production of the world-famous cheese and creating enough mozzarella to top more than 300 million pizzas a year. The expansion created 25 new jobs.

The mozzarella – one of the cooperative’s most sought after cheeses – is destined for global pizza and pasta restaurant chains across China, Asia and the Middle East.

Fonterra Managing Director of Global Operations Robert Spurway says the cooperative has seen growth in consumer and foodservice categories and this expansion will form a key part of that success in the future.

The Mexican dairy Grupo Lala opened the first phase of production of its new manufacturing plant in San Benito, in the Tipitapa municipality of Nicaragua, with an investment of approximately $50 million. The new production facility is built on 15 acres. The plant will process fresh milk and dairy products destined for the Nicaraguan market.

“America’s dairy farmers should not suffer collateral damage as a consequence of our COOL policy. The U.S. government needs to rectify this situation before we lose any export customers,” Mulhern said.

“Mexico is our largest export market, and Canada is also a significant destination for U.S. dairy products,” said Tom Suber, president of USDEC. “At a time of softer global dairy demand, we need to be focused on ensuring we keep exports moving and doing all we can to avoid new roadblocks from being put in our exporters’ paths.”

Dairy Farmers of America (Farmers, IN)

Dairy Farmers of America (Goshen, IN)