2015 Exporter of the Year: California Dairies Inc. sees the future

The dairy co-op has six processing plants near three major ports. From there, CDI exports milk powders and butter to markets in Asia and elsewhere. 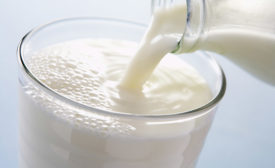 Fonterra’s Theo Spierings said improved second-half results were driven by a strong focus on cash and costs.
No Comments

California Dairies Inc. is the 2015 Tom Camerlo Exporter of the Year

CDI has invested tens of millions of dollars in processing plants and training to exports its butter and milk powders.
No Comments

California Dairies Inc., Visalia, Calif., is the 2015 recipient of the Tom Camerlo Exporter of the Year award from Dairy Foods. The annual award, now in its 10th year, is given with the cooperation of the U.S. Dairy Export Council.

Sales of dairy products declined for Danone in first half

Volume growth in the Asia-Pacific/Latin America/Middle-East/Africa regions increased 3.8% in the first half compared to last year; volume declined in the rest of the world.
No Comments 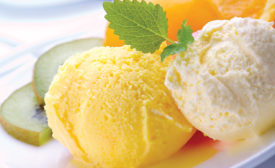 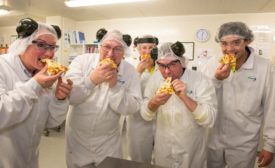 In the Asia/Pacific region, Fonterra completes a mozzarella plant in New Zealand.
No Comments

Arla Foods and Juhayna in a joint venture in Egypt. Grupo Lala opens a milk plant in Nicaragua.

Hello, my name is

Ornua is the new name for the Irish Dairy Board

Ireland’s largest dairy product exporter has a new global identity as the EU removes its milk quotas.
No Comments

The Irish Dairy Board changed its name to Ornua, The Home of Irish Dairy.

Mexico's Grupo Lala said sales increased 7% to $3.2 billion. The dairy processor attributed the growth mainly to a higher value-added product mix, to non-organic growth as a result of new products and brands in the portfolio, to volume growth and to the company´s price increase strategy. 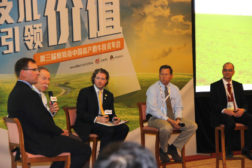 Milk consumption in Chinese urban areas is 4.5 times higher than in rural areas. With the increasing urban population and the rapidly growing middle class, milk consumption is expected to further grow.
No Comments

At this year’s China Dairy Symposium, the discussion was about how the Chinese dairy market can satisfy the increasing demand for milk, which will continue to outpace domestic supply.

The factory produces Nestlé branded products such as Nido, Nescafé, Cerelac and Maggi.
No Comments

Over the past two decades the annual amount of milk collected has increased from 6.6 million liters to 80 million liters, sourced from around 16,000 farmers. The factory produces Nestlé branded products such as Nido, Nescafé, Cerelac and Maggi.

LALA U.S. Omaha plant is a steward of the LALA brand

Take a comprehensive, deep-dive exploration of some of the most innovative solutions to tackle frustrating challenges associated with formulating alternative cheese products.
View All Submit An Event