This website requires certain cookies to work and uses other cookies to help you have the best experience. By visiting this website, certain cookies have already been set, which you may delete and block. By closing this message or continuing to use our site, you agree to the use of cookies. Visit our updated privacy and cookie policy to learn more.
Home » MilkPEP says it will get ‘aggressive’ in defending milk’s reputation as a healthful, nutritious beverage
Dairy Processor News
To tell the truth

MilkPEP says it will get ‘aggressive’ in defending milk’s reputation as a healthful, nutritious beverage

The CEO says, "Get Real is just the beginning of a more aggressive approach and one part of our long-term strategy to safeguard milk’s reputation against anti-milk messages."

Frustrated by what it calls misinformation about milk, the dairy industry’s marketing arm is going on the offensive. Today at the Dairy Forum in Boca Raton, Fla., MilkPEP CEO Julia Kadison will announce an initiative to counter bloggers, certain nutrition advocates and others who misrepresent the health, wellness and nutrition benefits from drinking milk. 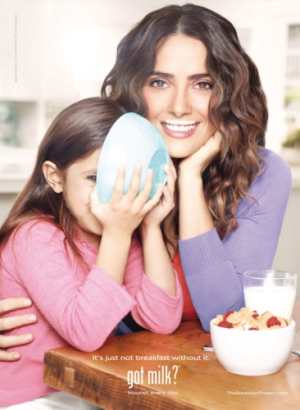 Backed by a new website called MilkTruth.com, the initiative, called Get Real, is designed to “set the record straight about milk” by using science, third parties and experts from within the dairy industry. In a background statement, MilkPEP said its campaign “will help take back the conversation about milk -- correcting misinformation and communicating the unique nutrient contributions and health benefits of milk. “

The images in the slide show, above, are examples of the new approach..

Watch live streaming video of the presentation. Register here then log in to watch for free. (The presentation will archived for viewing later. From the Resources tab on the dairyfoods.com navigation bar, select the Webinars tab on the dropdown menu.)

The annual Dairy Forum is staged by the International Dairy Foods Association, Washington, D.C. Based in the same office building as IDFA, MilkPEP is the Milk Processor Education Program, which is funded by dairy processors. For years, MilkPEP bought print advertisements in which celebrities with milk moustaches endorsed serving milk to their families. It dropped that tactic last year in favor of a campaign that touts milk’s protein content and the importance of consuming protein throughout the day, starting with breakfast.

Besides the steady annual decline in per capita milk consumption in the United States, MilkPEP and its members resent that almond milk and other plant-based beverages are allowed to use the term “milk” while federal Standard of Identity rules tightly regulate the use of the term when it comes to marketing beverages made with cow’s milk.

Dairy processors have taken to calling almond milk and similar beverages “milk imitators.” Even so, some dairies do a good business in co-manufacturing these beverages for other companies.

In a guest blog column published on dairyfoods.com, Kadison writes, “It’s time for us to say “enough!” and be more aggressive against the anti-milk misinformation that impacts consumers’ purchasing decisions. Get Real is just the beginning of a more aggressive approach and one part of our long-term strategy to safeguard milk’s reputation against anti-milk messages. With a strong level of commitment from dairy farmers to milk companies, we can have a true impact on consumer confidence in milk’s fundamental goodness.”

In December, Kadison spoke with Dairy Foods editor-in-chief Jim Carper for an “All Things Dairy” podcast. It is available for download here.

Industry Editorial: Milk as a Beverage? Get Serious.

It’s time for the dairy industry to say ‘Enough!’