The International Dairy Foods Association (IDFA), Washington, D.C., has named David J. Carlin to the position of senior vice president of legislative affairs. In this role, Carlin will be responsible for managing all of the association's legislative, political and economic policy activities. He replaces Jerry Slominski, who left IDFA earlier this year. 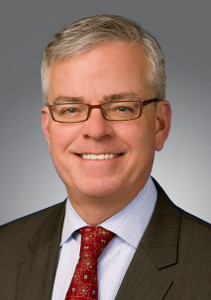 Carlin, who was a partner with Akin Gump Strauss Hauer & Feld LLP until joining IDFA, has extensive experience in food and agriculture policy. He has represented numerous food and agricultural companies, cooperatives and trade associations before the House and Senate Agriculture Committees and at the U.S. Department of Agriculture (USDA).

Carlin was an associate at Akin Gump when President Bill Clinton appointed him in 1995 to serve with Glickman at USDA. As head of the Office of Congressional and Intergovernmental Relations, Carlin served as the primary USDA liaison with Congress and the White House Office of Legislative Affairs. He returned to Akin Gump in 1998 to focus his practice on public law and policy matters.