This website requires certain cookies to work and uses other cookies to help you have the best experience. By visiting this website, certain cookies have already been set, which you may delete and block. By closing this message or continuing to use our site, you agree to the use of cookies. Visit our updated privacy and cookie policy to learn more.
Home » Lou Gentine to retire from Sargento; son Louie will become CEO
Dairy Processor News
A Lou and Louie

Lou is a second-generation family owner of Sargento. He has served as CEO since 1981 and Chairman since 1996. 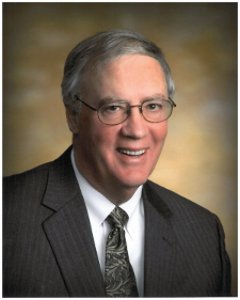 Lou Gentine (photo, left), Chairman and CEO of Sargento Foods Inc., announced on Monday that he will retire as Chief Executive Officer at the end of the year and that the Board of Directors has approved the promotion of Louie Gentine to CEO.

Lou is a second-generation family owner of Sargento. He has served as CEO since 1981 and Chairman since 1996. During his tenure in these roles, sales have increased from $80 million to $1.2 billion, employment has increased from 300 to over 1,600 and Sargento has become an established leader in the retail, food service and ingredient cheese industries. Lou credits the entire Sargento team - past and present - and their passion for cheese, innovation and the company’s culture for the growth and success of the company. Their commitment to the business philosophy established by his father and company founder, Leonard Gentine, “Hire good people and treat them like family,” is the basis for the vibrant corporate culture that has distinguished Sargento throughout its history. Lou will retain his position as Chairman of the Board.

Dairy Foods named the company the Processor of the Year in 2009. It ranks 28th on the 2013 Dairy 100, Dairy Foods' ranking of the largest dairy processors based in the United States and Canada.

The National Cheese Institute has bestowed its highest honor, the NCI Laureate Award, on Lou Gentine in 2012. The award recognizes individuals who have made significant contributions to the development and growth of the cheese industry. A panel of industry professionals chooses a winner each year based on the person's long-term contributions to the industry. 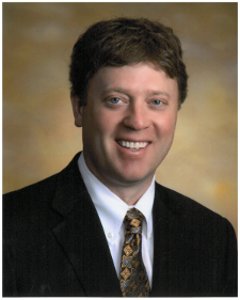 Louie (photo, right) is a third-generation owner of the company and has served as President & Chief Customer Officer for the past 4 years. He has worked at Sargento in many capacities – from washing trucks in high school to working on the production lines, in accounts receivable and in retail sales during college. Following family succession rules, Louie worked outside the company as a commercial lender for three years following his graduation from the University of Notre Dame with a BBA in Finance. He completed his MBA at Loyola and returned to Sargento, gaining additional experience with management roles in production, procurement and marketing, and held the position of President-Consumer Products Division from 2006 until 2009.

“I am confident and I believe our stakeholders – shareholders, customers, suppliers, communities and employees - are also confident, that Louie is well-prepared to take on these new responsibilities. His robust and varied experiences serving in multiple roles throughout his 13- year Sargento career, teamed with knowledge of and relationships within the industry have prepared him well to lead Sargento forward,” commented Lou.

“I have always been proud to be third-generation owner and today I am excited and ready to represent our family and lead the company as CEO,” said Louie. “I look forward to working with all of the Sargento employees to continue to drive our company forward.”

Sargento is a family-owned cheese company celebrating its 60th anniversary. It is a leading national marketer of natural shredded, slice and snack cheeses, battered and breaded appetizers, sauces and other culinary solutions, headquartered in Plymouth, Wisconsin.

Stan Ryan, president and CEO of Darigold, to retire March 31