Dairy People in the News

Hamdi Ulukaya, founder and CEO of America's No. 1 selling Greek Yogurt brand, Chobani, was named the Ernst & Young World Entrepreneur Of The Year 2013 Award winner this month at a ceremony in Monte Carlo. Dairy Foods named Chobani the 2012 Dairy Processor of the Year. 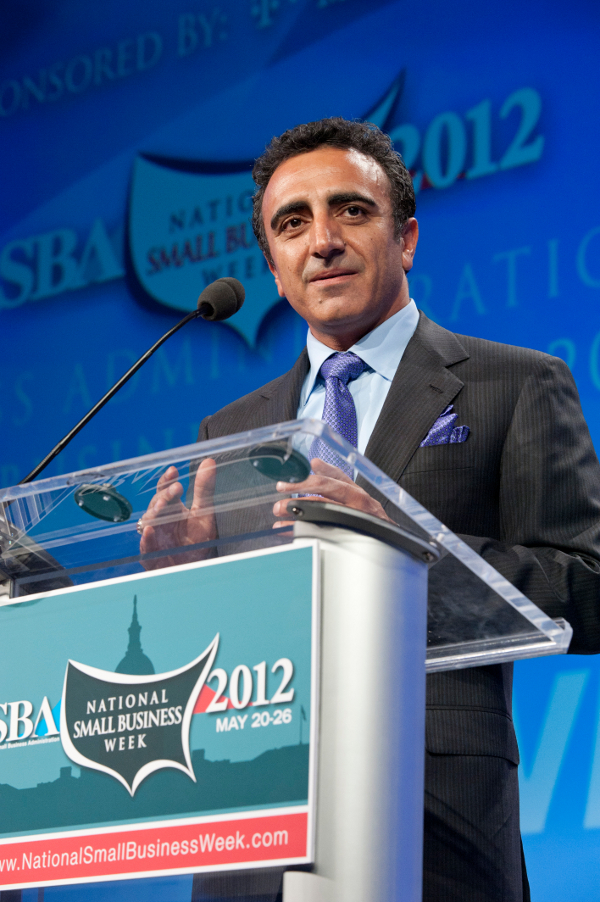 Selected from a group of more than 50 country-winners from across the globe for this honor, Ulukaya (left) was recognized for his disruptive innovation to bring wholesome food to the masses; regeneration of a long-stagnant category; financial success; and personal commitment to building a world-class brand.

After leaving his family's dairy business in Turkey to learn English in the United States, Ulukaya recognized a gap in America's dairy offering and saw opportunity in an untapped market of Greek Yogurt. Chobani was founded in 2005, and it took two years to perfect the recipe, with the first order shipping in 2007. Since then, Chobani has experienced a meteoric rise with annual sales rocketing to $1 billion in 2012.

To meet growing sales demands in the United States, Chobani updated and expanded an almost 100-year-old plant in Central New York, which uses nearly 4 million pounds of milk each day to produce 2 million cases of Chobani Greek Yogurt products a week. In December of 2012, Chobani opened the doors on its second U.S. plant (in Twin Falls, Idaho) to expand capacity and support new product innovations. In addition to a dominating presence in the United States, Chobani is also available in Australia and the UK.

Wisconsin Dairy Products Association, Madison, Wis., is honoring Joe Weis (photo, left) with its Presidents Award at a special awards dinner on July 8 at the 2013 Dairy Symposium (July 8 to 9 at The Landmark Resort in Door County, Wis.). Weis retired from Foremost Farms on March 31.

Weis has been in the dairy business his entire life. He was born on a Minnesota dairy farm and earned a food science degree from the University of Minnesota in 1973. That summer, he got his first job in the dairy processing industry when he went to work at the Land O’ Lakes plant in Pine Island, Minn.
Later, he transferred to the Land O’ Lakes plant in Volga, S.D. After a couple years, Weis went to work at Dairyland Food Laboratories in Waukesha, Wis. In 1979, he was hired as the Wisconsin Dairies Richland Center plant manager. Two years later, after Joe’s father suffered a heart attack, Weis returned to the family farm in Pine Island.

He rejoined Wisconsin Dairies in 1986 as the director of quality assurance at Baraboo. In 1987, during a planned consolidation, Weis was made the division manager at Golden Guernsey Dairy in Waukesha, and then the president in 1990. When Wisconsin Dairies consolidated with Golden Guernsey in 1995, Joe became vice president of Foremost Farms’ consumer products division. Fourteen years later, Weis became vice president for member services and milk marketing.

He was a member of numerous state and national dairy organizations and served on many boards and committees. He was president of the Wisconsin Dairy Products Association in 2008 and served on its board for eight years. He was also active on WDPA’s Executive, Audit and Nominating committees.
This year’s winner was selected by the WDPA Board of Directors after they received a slate of nominees from the WDPA Presidents Advisory Committee. The nominees were chosen based on their contributions to the Wisconsin dairy industry and to the Wisconsin Dairy Products Assn.

Past WDPA President Award winners are: