By the Wisconsin Cheese Makers Association

Madison, WI -- Errico Auricchio will be honored as a Life Member of the Wisconsin Cheese Makers Association April 18 and two men, Bernard Alberts and Richard Leitner, will earn WCMA Distinguished Service Awards for their exemplary careers.

Wisconsin Cheese Makers Association first awarded a Life Member in 1918 and since then 80 men and women have been honored. Mr. Auricchio will receive this distinguished designation April 18, 2013, during the Wisconsin Cheese Industry Conference in La Crosse, WI.

The WCMA Life Member Award recognizes persons who have played a significant role in the success of the Wisconsin Cheeses Makers Association through leadership, support or service to this institution and its activities. 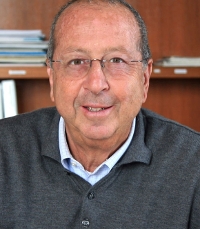 BelGioioso operates eight manufacturing plants, a converting and distribution facility and a large warehouse for aging. The company employs 500 people and purchases milk from over 200 Wisconsin dairy farms. Mr. Auricchio attributes his company’s success to a focus on quality, service and brand identity.

Errico Auricchio also serves as a Trustees Emeritus for St. Norbert College and is a founding member of the Wisconsin Specialty Cheese Institute. He is currently the Chairman of The Consortium for Common Food Names.

Dairy industry suppliers and manufacturers help propel the dairy industry forward and in 2009 Wisconsin Cheese Makers Association initiated a ‘new tradition’ of honoring the best of these leaders with a WCMA Distinguished Service Award.

In 2013, two men will join 14 others who have been singled out for their service to the dairy industry. Bernard ‘Bernie’ Alberts and Richard ‘Dick’ Leitner will earn the WCMA Distinguished Service Award April 18 at the Wisconsin Cheese Industry Conference. 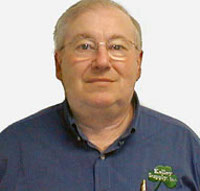 Through his leadership of Kelley Supply Inc., Bernie Alberts has devoted his career to strengthening the cheese industry. Mr. Alberts purchased Kelley Supply in 1981 and has grown the regional supply firm ten-fold. The Abbotsford, WI, based company now has over 35 employees and supplies dairy and food manufacturers nationwide.

Mr. Alberts has worked in partnership with various manufacturers to develop and market new products for the cheese industry, and has assisted cheesemakers with solutions such as innovations in the bulk packaging of mozzarella and other cheeses.
Bernie Alberts served as supplier representative to the Wisconsin Cheese Makers Association Board of Directors from 2000 through 2005. He has promoted quality cheesemaking though his support for WCMA’s Championship Cheese Contests as a B-Team member and Contest Auction bidder.
Mr. Alberts cites the friendships that he and his wife Kaye have enjoyed with colleagues as the key benefit of his devotion to the cheese industry. 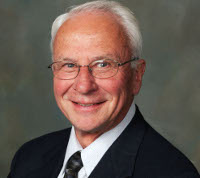 Leitner Named
Richard “Dick” Leitner retired from Chr. Hansen Inc. in 2010 after devoting his life’s work in service to the dairy and cheese industry. Raised on a farm in Northeast Wisconsin, Dick Leitner started his career during high school at Lake-to-Lake in Kiel as a part-time buttermaker at age 16. After earning his cheesemaker’s license with Lake-to-Lake, Mr. Leitner moved to Wisconsin Dairies, now Foremost Farms USA, and the Richland Center facility where he made 40 lb. blocks for Kraft Foods.

Kraft hired Mr. Leitner to their cheese procurement team in 1965. For Kraft, Mr. Leitner and Grant Krueger developed the 640 lb block used in numerous cheese varieties today. A U.S. Patent for the “Manufacture of Large Cheese Blocks” was awarded to the two inventors on September 20, 1977, and Dick Leitner was named Kraft Employee of the Year and received the “Jade Ring” for his work at the cheese giant.

Dick left Kraft in 1977 to be closer to home and take an active role in raising his family. He worked in various cheese production management roles for County Line Cheese in Seymour, Consolidated Badger Cooperative in Shawano, Foth & Van Dyke in Green Bay, and at AMPI as Director of Cheese Operations.

In 1996, Dick joined Chr. Hansen as Technical Service Manager where he provided technical and application support for customers in both the United States and Canada. During his time at Chr. Hansen he received the Support Person of the Year award.

He played key technical roles in the development of innovative products such as Easy-Set direct to vat cultures as well as with the yield enhancing products, Yield-Max and Chymax M. Dick was instrumental in moving these products from concept to initial trials to commercial acceptance and performance.

WCMA Distinguished Service Awards for Mr. Alberts and Mr. Leitner will be awarded during the DuPont Luncheon April 18 at the Wisconsin Cheese Industry Conference at the La Crosse Center in La Crosse, WI. Later that evening, during the Awards Banquet for the United States Championship Cheese Contest, Mr. Auricchio will be honored as a WCMA Life Member.