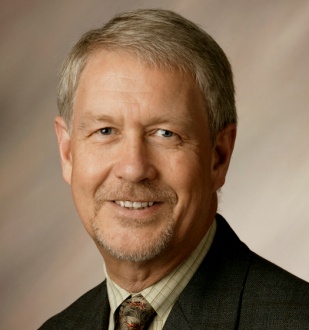 By the Institute of Food Technologists
John Ruff, formerly Senior Vice President of Kraft Foods, is the new President of the Institute of Food Technologists (IFT), a nonprofit scientific society for professionals engaged in food science, food technology, and related areas in industry, academia, and government. Ruff is the 73rd president of IFT and assumed his role on September 1, 2012. In his position as President, Ruff will work with members and staff to support IFT's overall mission of advancing the science of food to ensure a safe, abundant and healthful food supply.

Ruff was elected to the Feeding Tomorrow Board of Trustees in 1998 and chaired the organization for two terms during which he re-energized corporate fundraising helping to establish new initiatives such as Expert Reports and the Discovery Education program. Ruff initiated and chaired the first Senior Food Officials Annual Forum meeting, served on the Global Task Force and was elected to the IFT Board of Directors in 2007.

During his 36-year career, based in six countries with Kraft and the former General Foods, Ruff headed R&D for International and North American businesses. He successfully integrated the technical operations of numerous acquisitions, established global centers of expertise and led a worldwide advisory council consisting of external experts who helped guide Kraft’s health and wellness initiatives.

Ruff recently served on the Institute of Medicine (IOM) committee on strategies to reduce sodium intake. He is a past president of the International Life Sciences Institute, past chair of the Food Processors Association (NFPA) and a fellow of the Institute of Food Science and Technology in the United Kingdom.

Ruff received his M.A. in Biochemistry and a B.A. in Natural Sciences from Cambridge University.