Changing the name of your product can be a tricky thing. You don't want to alienate your loyal customers, who are used to seeing the name and logo on the shelf. 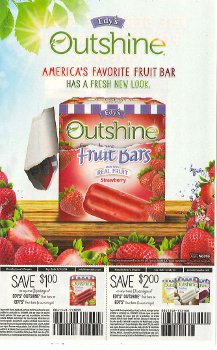 On April 22, Nestle USA's Dreyer's unit officially changed the name of its line of nondairy frozen novelties. Dreyer's (or Edy's, depending on where you live) had a line of fruit bars known as, well, Fruit Bars.

The Fruit Bar name was limiting, said Jacob Abel, a marketing associate with Oakland-based Dreyer's. He told me that Dreyer's changed the name to Outshine so that it can expand the frozen novelties beyond fruit. One of the new flavors is coconut water. That's a big trend in beverages, because of coconut water's reputation for hydrating the body after a workout.

The brand Outshine also will help Dreyer's move into the healthy snacking segment as it builds out new products, Abel said.

What is also interesting about this name change news is Dreyer's use of a social media site called Experience Project, operated by a San Francisco firm called Kanjoya.

I’m not totally ignorant of the online world. I dabble in Facebook, Twitter and LinkedIn. I blog every now and then, and I poke around Flickr. But I was not aware of Experience Project.

I'm a little late to the party; there are 12 million monthly users who share experiences online about a variety of topics, said Erik Darby, a Kanjoya vice president.

Unlike the short comments a Facebook user might post, an Experience Project member will write a little story. The average post is 1,600 characters, Darby told me. From my years of editing, I estimate that to be about 200 words. And remember this: Twitter limits users to 142 characters.

Experience Project and Nestle USA worked together on a honey bee campaign in 2009, Darby said. That's when Haagen-Dazs was helping save honeybees. Darby's site had a 1,000 honey beekeepers as members. He enlisted them to bring awareness to the ice cream brand's efforts to save the bee. Thousands of stories were written about bees, and traffic to the Haagen-Dazs site increased ten-fold, Darby said.

He talks about Experience Project members being "emotionally" engaged with a topic. The Dreyer's campaign asks website users to share ideas about how they "shine brighter." Abel said these stories add "depth and texture to the brand experience." Users write about the food choices they make for themselves and their families. From these stories, Dreyer's will be able to see themes that they can use in future marketing and engagement efforts.

See the current Outshine campaign on broadcause.com  (a site owned by Experience Project). And be sure to visit experienceproject.com to get the full experience, if you will.