All categories running on all cylinders with the exception of juice products.

Anyone working at NASA knows all too well that they need to be alert and ready to go the moment they wake up. Now, with plenty of ready-to-drink (RTD) options and a variety of ways to enjoy coffee, it’s even easier to grab and go to get the day started.

“Ready-to-drink and single-cup are the segments driving coffee growth … The easy, convenient nature of brewing a single cup at home has increased in popularity since the start of COVID,” Wyatt said. Many consumers, despite working remotely because of the pandemic, want a “coffee shop experience at home,” she added. 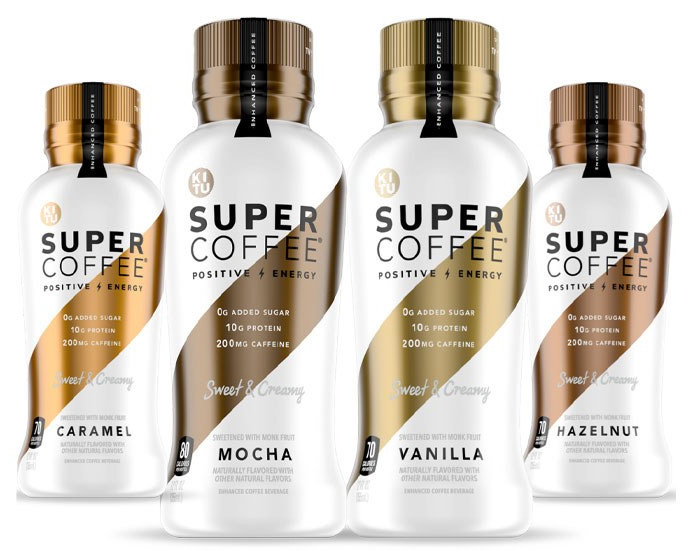 “Once primarily a category dominated by single-serve packaging, ready-to-drink coffee in chilled, take-home format packaging has burst onto the scene and is driving much of the growth,” Hemphill said.

He added that recent beverage trends are “mixing things up” for the coffee category, with new innovations like energy coffee drinks, cold brew, and nitro hiking up coffee sales.

“Forms such as cold brew, iced coffee, nitro, etc., have given consumers the ability to have a specialized drink without the hassle and mess of making a cup at home,” Wyatt said.

Caleb Bryant, associate director of food and drink reports at Chicago-based Mintel, noted that the coffee market is projected to reach $18.9 billion by 2026.

While the impact of the pandemic is forcing the overall beverage market to adjust, experts noted that the tea and RTD tea category already have begun recalibrating.

Mintel’s “US Tea and RTD Tea Market Report 2021,” notes that as bagged/loose leaf teas, single cup, and instant teas’ sales growth began to shrink back in 2021, the RTD and refrigerated segment began to pick up steam.

“Consumers have continued to focus on both their physical and emotional health in 2021 because of the lingering pandemic” the report stated. “Despite loosened restrictions, more consumers will be adopting hybrid approaches to work and school going forward that will contribute both to new occasions and subdued impulse occasions for tea consumption.”

Wyatt noted that overall, the tea market has grown in dollar sales, due in large part to refrigerated RTD tea and tea sales online.

“Refrigerated RTD teas are the only segment that are driving dollar and unit growth. The immediacy factor is a driver of choice,” Wyatt explained. “Consumers looking for a cold tea drink for immediate consumption are turning to these refrigerated options. This is also due because of mobility, but also the healthier aspects of these drinks and the caffeine versus other drinks in the marketplace.”

Nevertheless, as opportunities for tea brands are connected to forging or reinforcing stronger ties to well-being, tea drinkers are thirsty for more options, experts note.

“First, teas that have no/low/less sugar are seeing strong growth. In addition, teas using alternative sweeteners are seeing growth as well,” she said. “These options provide consumers choices to align with their needs and they are benefiting the category.”

In March, New York-based Swoon announced the launch of its Zero Sugar Swoon Sweet Tea. Made with steeped and brewed black tea and sweetened with naturally sugar-free monk fruit, Swoon’s Sweet Tea boasts 24 mg of caffeine and a bold flavor with a satisfying sweetness, the company said. Ideal for those who are trying to cut sugar or diabetics, the new RTD tea features the classic southern flavor of sweet tea, it added. 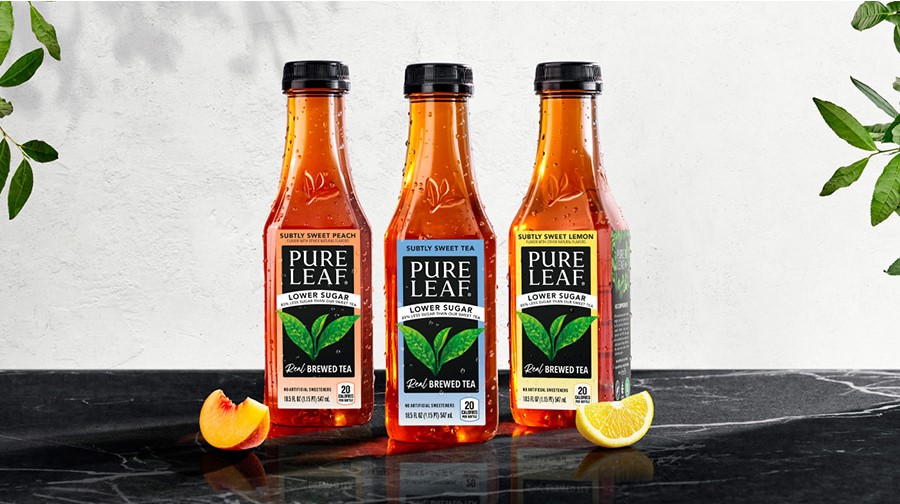 Although the pandemic continues to affect the overall tea market, the category is resilient, experts note.

In a report from New York-based BMC titled “Ready-to-Drink Tea in the U.S. through 2025,” the market research firm noted that the health message of tea has brought in consumers who might otherwise not be inclined to drink the beverage.

“The coronavirus has continued to disrupt the usual patterns for tea segments in 2021, but the impact should abate somewhat to 2025,” the report stated. “Loose tea, perhaps the messiest and most difficult type to prepare, has generally grown, albeit slowly. Brewing tea well is not easy, which makes loose tea the province of connoisseurs who know what to do with tea leaves.

“On the other hand, a small portion of the population has taken to drinking more exotic varieties of teas, including bags and loose tea,” it continues. “While volume is relatively low compared to mainstream tea products, they have helped to subsidize volume levels in the tea market.”

As the sports and protein drinks category contend with the new age beverage marketplace, experts noted that it has adapted to the market alongside functional and hybrid beverages.

“Performance of sports and protein drinks are super strong,” Wyatt noted. “From an omnichannel perspective, we have seen double-digit growth in dollars and in units, both online and in-store are contributing to the growth.

“When COVID-19 hit, and we were at home more with gyms closed, we saw sports and protein drinks decline in sales. However, [the category] quickly rebounded as mobility picked up and people began to work out more,” she continued. ”In addition, hybrid working models have fueled growth of these drinks.”

According to IRI data, sports drinks generated dollar sales of $9.9 billion, in total U.S. multi-outlets, a 17.8% YoY increase for the 52 weeks ending May 15, while unit sales increased 1% YoY for the same time period.

Jacqueline Hiner, senior technical analyst at New York-based noted that overall, functional beverages as a whole have been on the rise, including sports and protein drinks.

As the more traditional sports and protein drinks remained popular among individuals active in sports and weightlifting, “new hybrid beverages, such as ready-to-drink caffeinated protein drinks, and other health-toting concoctions, have debuted over the past several years and garnered a significant level of attention,” Hiner explained. 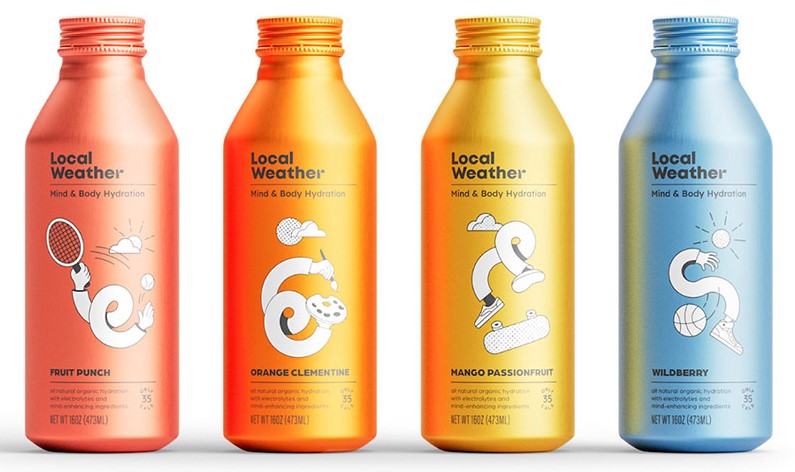 Whereas the category was essentially a two-player market for a long time, “it has definitely had to reinvent itself in this blurred beverage marketplace,” IRI’s Wyatt added.

As sports and protein drinks have contributed more than its fair share to the [liquid refreshment beverage] (LRB) dollar growth; “this growth has purely come from low/no-calorie options and innovations,” Wyatt said.

“They do have high interaction indices with flavored still water brands,” she explained. “The post- and during-workout is a key occasion for a lot of functional waters and these low-calorie sports drink options serve as a good substitute for those occasions, thereby stealing share from some functional beverages.”

According to the report, the global sports drink market size was valued at approximately $24 billion in 2021 and is likely to reach an estimated $32 billion by 2027, garnering a compound annual growth rate (CAGR) of above 4% during the forecast period 2022-2027.

“In the developed markets, drinks are never again seen as a brisk refreshment,” the report stated. “They have become progressively helpful supplements and food supplement items. The purchaser sections driving the development of the market incorporate maturing buyers searching for essentials, 20- to 30-year-olds eager to attempt new items with well-being benefits, and occupied buyers looking for ‘snappy well-being.’” 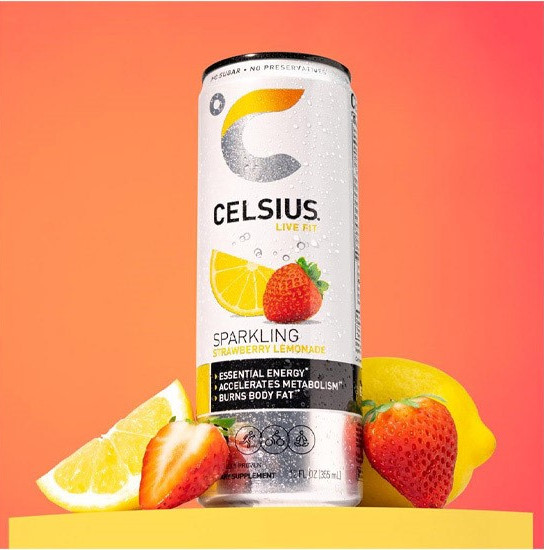 As the blurring of LRBs continue, the sports drink industry will be pressured to differentiate benefits in order to capitalize on its current growth trajectory, IRI’s Wyatt noted.

“These benefits include expansion of the health and wellness benefits, as well as ensuring broad distribution across brick-and-mortar channels and online so the products are available for consumer’s hybrid ways of working,” Wyatt said. “In addition, flavor innovation will be important especially for their brand loyal[ist]s.”

Moreover, as natural and organic ingredients have increased in the beverage space, a variety of health and wellness benefits continue to emerge within the sports and protein drinks category, experts noted.

There is only one “Fly in the Tang” when it comes to the nondairy category. As recording artist Lizzo said — albeit in a much different context — “Blame it on the juice.”

However, as the juice and juice drinks category sees increasing competition from emerging beverage categories, beverage-makers are looking to reimagine this classic category.

In BMC’s report “Beverages 2022: What’s In Store?,” the market research firm noted that for 2021 fruit beverages were estimated to have a wholesale volume decline of 0.5%. The category’s volume is projected to decline between 1-2% for 2022.

Noting the soft performance within the juice and juice drinks category, Gary Hemphill noted the overall impact on juice from the pandemic is more minimal when foodservice sales are taken into account.

“Sales did shift from on-premise to take-home channels like with most other beverage categories but overall performance has remained weak,” he said.

Despite these volume declines, some segments within the juice and juice drinks category saw dollar sales increase. According IRI, the refrigerated juice and juice drinks segment totaled $7.8 billion in sales for the 52 weeks ending May 15. This is a 4.8% increase from the prior year. Volume for this segment was relatively flat with a slight increase of 0.7%.

Albeit a smaller base, the aseptic juice segment exhibited notable growth with dollar sales up 15.5%, totaling $1.7 billion, and volume up 5.1%.

Although increased competition and sugar content has challenged juice where it currently stands, experts noted that opportunities still remain for the category to align with consumers’ wants and needs.

“Younger consumers, primarily the millennial generation, want more than just traditional juice,” IBISWorld’s Diment said. “They want an innovative blend of flavors that is both nutritious and delicious. Due to these changes, the industry has updated its product offerings. Tropical flavors such as mango and pineapple have been on the rise as consumers seek exotic and creative healthy alternatives.”

In line with this trend, Tropicana Brands Group, a joint venture between PAI Partners and PepsiCo, announced the expansion of its Naked Juice smoothie line with Orange Vanilla Crème and Key Lime varieties. Each are made with almond and coconut milks and are sweetened with monk fruit.

Clermont, Fla.-based Uncle Matt’s Organic also is addressing sugar reduction in juice with its launch of Matt50 Orange Juice Beverage. The new line contains half the sugar and calories of regular orange juice, but also is enhanced with prebiotics and probiotics to support digestive and immune health, the company noted.

BMC’s 2021 “The Fruit Beverage Market in the U.S.” report highlights several strategies that are inspiring new releases within the juice and juice drink category.

“One is to introduce lower-calorie versions of existing products by mixing in coconut water (which is considered a juice by the USDA),” the report concluded. “Lemonade has been one of the few hot flavors in fruit drinks in the past decade or so (even it has slowed somewhat recently), prompting steady new product activity. Another area for marketers to experiment with is organic. Relatedly, the success of Honest Tea has prompted competitors to introduce healthier fruit drinks in pouches for kids.”

Note: This article was condensed and edited from separate 2021 articles appearing in Beverage Industry, a sister publication of Dairy Foods, which added the space theme and other themes that were not originally part of this article. The authors of the original articles are Chloe Alverson, Jessica Jacobsen, and Lauren Sabetta.