This website requires certain cookies to work and uses other cookies to help you have the best experience. By visiting this website, certain cookies have already been set, which you may delete and block. By closing this message or continuing to use our site, you agree to the use of cookies. Visit our updated privacy and cookie policy to learn more.
Home » Dairy veteran Jim Sutton to retire from All Star Association
Dairy Processor News
Thanks for the memories

Dairy veteran Jim Sutton to retire from All Star Association

Jim Sutton is retiring on April 1 from All Star Association, where he worked for 191/2 years. The association, based in Lexington, Ky., honored him during an awards dinner at its annual convention in Tucson, Ariz., on March 20. All Star has purchasing relationships with nearly 285 individual companies representing over 450 plants. 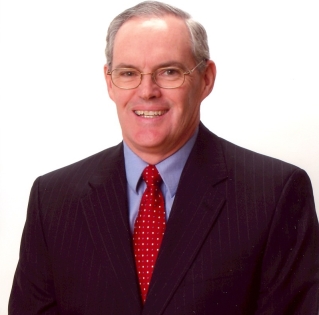 Sutton (pictured) joined All Star in 1995 after a long career in dairy processing. He worked for years with Wessanen’s Crowley Foods as director of financial services and later as regional sales manager. In 1987 Wessanen moved Sutton to Green’s Dairy where he served as general manager. Then in 1990 he became VP of operations for Kemps Foods Inc. and in 1993 he joined Borden’s Inc. as General Manager.

At All Star Association, Sutton started as director of purchasing and then became VP of purchasing. He was promoted to the position of senior vice president in 2008.

Bruce Daily has been promoted to vice president of purchasing. He will be directing all purchasing responsibilities of the association. He had served as senior buyer and director of purchasing since 2007. Daily’s background includes many positions over a 20-year career with Publix Super Markets.

Joel Bryant has been promoted to the position of director of purchasing. Bryant joined All Star in 2013 as purchasing manager. He has extensive dairy buying experience from his 18-year career with Publix Super Markets.

Jeff Hoogerheide was promoted to chief financial officer. In addition to his assigned financial duties, Hoogerheide will be assuming the supervision of the accounting staff. He joined All Star in 1982 and has served in various financial and buying positions in the past 33 years.

Inside the News: All Star Dairy Association Meets in Florida