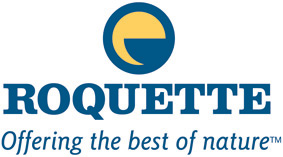 By diversifying its range with microalgae products, the Roquette Group answers the needs of customers and consolidates its position as a global player in Food, Nutrition and Health.

A new generation of food ingredients produced at Lestrem

First appearing on Earth around 2.5 billion years ago, renewable microalgae have, for centuries, been recognized for their nutritional qualities but remained little used until recently.

Within its new industrial unit in Lestrem, Roquette produces chlorella, a microalgae that is particularly rich in nutrients and is grown for  a range of food ingredients, including:

Thanks to their composition, these whole food ingredients provide both nutrition and positive sensory attributes on a daily basis. Numerous applications can benefit from algility™ ingredients robust nutritional and functional potential, such as improving the softness and nutritional profile of brioche, providing detoxifying properties to smoothies, enriching soups with a new combination of plant-based proteins, and more.

Since the 2000s, Roquette has strongly believed in the future role of microalgae in food, nutrition and health. With its expertise in drawing value from agricultural raw materials, the Roquette Group invested in microalgae: creating a dedicated research laboratory in 2006; leading a research program in 2008 (ALGOHUB® supported by OSEO now Bpifrance); acquiring production sites in Germany in 2008 and China in 2009; and launching small-scale production at Lestrem in 2012, followed by the construction of the new industrial unit, which is now fully operational.

The level of industrial and commercial production is the fruit of Roquette’s scientific and technological expertise in this new Microalgae channel.


A production unit at the heart of Roquette Group’s largest industrial site, at Lestrem

The production unit at the Lestrem site cultivates chlorella by fermentation in a fully closed, protected and controlled environment.

“Thanks to this new investment in microalgae, Roquette has become a major player in this emerging sector.” Sergio Neves, Global Director Microalgae Business Line, said. “We are convinced that microalgae are an effective answer to consumer concerns about nutrition and well-being.”

One of the world’s five leading starch manufacturing businesses, it offers its customers a wide range of products and solutions in the fields of Food, Nutrition and Health, as well as Plant-based Chemistry.

Since its foundation over 80 years ago, its development has been based on innovation, passion for the job and commitment to achieve.

Roquette operates in over 100 countries, has a turnover of 3.4 billion euros and currently employs 8,000 people.

Its mission: « Serving men and women by offering the best of nature ».