This website requires certain cookies to work and uses other cookies to help you have the best experience. By visiting this website, certain cookies have already been set, which you may delete and block. By closing this message or continuing to use our site, you agree to the use of cookies. Visit our updated privacy and cookie policy to learn more.
Home » Mark William Rhyan, Sargento's COO, is remembered for his actions and attitude
Dairy Processor News
In memoriam

Mark William Rhyan, Sargento's COO, is remembered for his actions and attitude

Lou and Louie Gentine said "Mark was a champion of our corporate culture, and was passionate about 'doing it right the first time.' He served as a mentor to many, and his actions and attitude motivated those around him to excel." 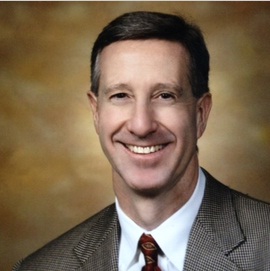 Mr. Rhyan joined Sargento in 1992 as Director of Tax and was promoted to EVP-Chief Financial Officer in 1997. In 2000 he was named EVP and COO.

According to a statement from Sargento executives Lou and Louie Gentine, Mr. Rhyan "made an indelible print on the culture and success of the company, and played an integral role in shaping our future. Always willing to take on more responsibility, he guided the advances in manufacturing, engineering, procurement, quality systems, logistics and transportation that are helping us successfully meet the challenges of our growing company."

The company said "his greatest achievement, though, is how he has guided the development of his teams and Sargento as a whole. Mark was a champion of our corporate culture, and was passionate about 'doing it right the first time.' He served as a mentor to many, and his actions and attitude motivated those around him to excel. His work and inspiration shaped a generation of men and women to be leaders at Sargento and in our community."

Mr. Rhyan served as president of the Plymouth (Wis.) Board of Education, and served on the Boards of Directors for the Sheboygan County Economic Development Corp., US Bank in Sheboygan, and the First Congregational UCC Church Council. In 1994 and 1995, he served as the leader of the Gentine family’s development of The Osthoff hotel in Plymouth. Mr. Rhyan taught Junior Achievement classes and coached youth athletics. In 2011, he received an Educational Leadership Award recognizing his instrumental role in the development of the LTC/Plymouth High School Science and Technology Center. Mr. Rhyan received Sargento Corp.'s Founder’s Ring in 2012.

According to his obituary published on legacy.com, Mr. Rhyan was born April 5, 1960 in Milwaukee to William Rhyan and Maxine Eitel Rhyan. He graduated from UW-Madison with BBA in Accounting. He enjoyed golf, basketball, teaching and coaching, walks with his family's dog Augusta, water sports and spending time with family and friends on Pearl Lake in Redgranite, Wis.

A memorial service to celebrate his life and his many accomplishments will be held Jan. 1, 2014, at 4 p.m. at the Plymouth Comprehensive High School Auditorium in Plymouth, Wis. In lieu of flowers, donations are suggested to the Plymouth Education Foundation and the Rhyan Family Class Exemplar Scholarship.

Dairy processors: here are 5 actions you can take in response to the new Dietary Guidelines for Americans