This website requires certain cookies to work and uses other cookies to help you have the best experience. By visiting this website, certain cookies have already been set, which you may delete and block. By closing this message or continuing to use our site, you agree to the use of cookies. Visit our updated privacy and cookie policy to learn more.
Home » Chobani names new CFO, Saputo's USA president steps down
Dairy Processor News
Dairy people

Others in the dairy industry are honored with awards and citations. 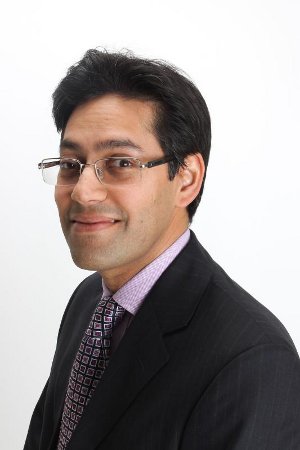 Dipak Golechha was named chief financial officer of Greek yogurt maker Chobani Inc., New Berlin, N.Y. Golechha worked for 18 years at Procter & Gamble, where he held a variety of finance, operational and management positions, including CFO of the Global Snacks Division. He replaces James McConeghy, who stepped down from his role in November. The announcement was made on Dec. 3.

Golechha will report directly to Hamdi Ulukaya, Chobani's Founder and CEO, and will oversee Chobani's financial, accounting and IT functions.

"Dipak's vast leadership and management experience, combined with our shared vision for Chobani, will support our continued growth and our future plans for expansion," said Hamdi Ulukaya in statement. "Dipak joins a strong leadership team and will play a critical role in ensuring Chobani maintains the financial strength and flexibility it needs to build on our momentum as we prepare for an even stronger year ahead."

The University of Wisconsin- Madison honored Center for Dairy Research Senior Scientist Mark Johnson with the title “Distinguished Scientist.” This title is only given to those who have exhibited “unique and outstanding performance” in a chosen field and are recognized by their peers as an invaluable resource. There is no higher designation for University staff.

A Center employee for more than 30 years, Johnson’s research has been vital to the cheese industry, directly contributing to continued innovation. His work on the calcium lactate crystal defect and his continued participation and leadership with regards to the dairy short courses has impacted the dairy industry in countless ways. Johnson’s research efforts are always selfless, performing the necessary research and then transferring that knowledge directly to industry. Even before he publishes his research, he is thinking of ways to communicate and teach the new information to those that can use it to advance the dairy industry. He is internationally recognized as one of the World’s leading dairy scientists. 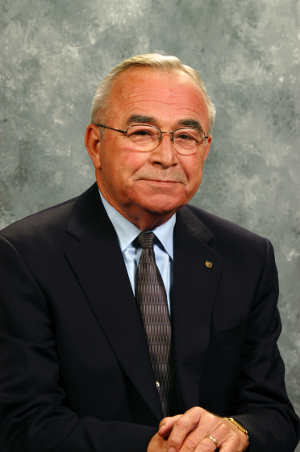 The National Dairy Promotion and Research Board honored Elwood Kirkpatrick (left) and Billy Travis (below) as the 2013 recipients of the Richard E. Lyng Award, for their extensive contributions and distinguished service to dairy promotion. Kirkpatrick is a producer from Kinde, Mich., and Travis is a producer from Princeton, Ky.

The award is named for former U.S. Department of Agriculture Secretary Richard E. Lyng, who played a key role in implementing policies that led to the establishment of the NDB 30 years ago. The Lyng Award honors dairy industry leaders who have made a significant contribution to dairy promotion that benefits the entire industry.

Kirkpatrick helped lead the charge to unify dairy promotion and marketing efforts by bringing together the activities of the NDB and UDIA through the formation of Dairy Management Inc.™ (DMI). DMI manages the national dairy checkoff, saving dairy producers millions of dollars by streamlining activities and creating a more effective, unified national program.

Kirkpatrick also served as the first chairman of the U.S. Dairy Export Council®, where he led efforts to establish and grow the U.S. dairy export sector. In the mid-1990s when the Council was created, dairy exports represented less than 3 percent of annual milk production. Seeing the potential to grow export markets, Kirkpatrick led activities that grew demand for U.S. dairy around the world. Today, exports represent 15 percent of annual milk production. 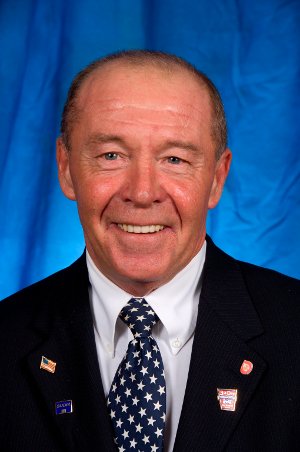 Travis also has been a dairy promotion leader nationally, regionally and locally since 1984. “Billy’s ‘can do’ attitude and great sense of humor helped strengthen dairy promotion organization relationships nationally and locally,” Maddox said. “His enthusiasm, passion and energy motivated fellow dairy producers from all areas of the country as he worked tirelessly to show producers who and why their investment in the checkoff benefited them.”

Travis held numerous dairy promotion leadership positions throughout the years, starting with his election as president of Mid-South Dairy and Food Nutrition Council in 1984. From there, Travis served as president of the American Dairy Association of Kentucky before being elected chairman of the Southeast United Dairy Industry Association, a position he held between 1994 and 2002. Travis served on the UDIA Board for more than 20 years, where his fellow producers elected him second vice chairman of the UDIA and chairman of the DMI Producer Relations and Consumer Confidence Committee.

John Aylsworth of Perry's Ice Cream, Akron, N.Y., received a Lifetime Achievement Award by RefrigiWear Inc., makers of insulated industrial outerwear. The award recognizes outstanding performers in the frozen food industry. Aylsworth has worked at Perry's for 37 years.
Aylsworth was selected based a nomination from Dave Perry, Frozen Warehouse Manager, Perry's Ice Cream, for RefrigiWear's "14(th) Annual Warehouseman of the Year" award. The awards recognize outstanding performers in the frozen food industry. According to Perry, "If anyone deserves the title Warehouseman of the Year, it's John. He is a valuable asset to his team and to Perry's Ice Cream. I am thrilled he has been recognized in this way. Congratulations John!"