The two operating segments are Smart Balance and Natural. 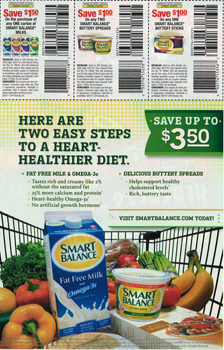 In a statement, the company said that with the recent acquisition of Udi's, it decided to establish two reportable operating segments, Smart Balance and Natural, which will formalize the way the company plans to operate its business. Beginning with the third quarter of 2012, the move will provide "greater clarity on the new strategic focus of the company."  Chairman of the Board and CEO Steve Hughes called Boulder "the Silicon Valley of natural foods."

The Natural Brands segment will be comprised of the Earth Balance, Glutino and Udi's branded products, and will be led by TJ McIntyre, promoted to Executive Vice President of Natural Brands. Beginning with its third quarter earnings release, the Company plans to report by its new segment structure.

McIntyre has been with Smart Balance since 2009 and has served in a variety of roles, including Senior Vice President and General Manager of Glutino and Vice President and General Manager of Earth Balance. Prior to joining Smart Balance, McIntyre served as Brand Manager of Silk at White Wave Foods Company, leading up to the acquisition by Dean Foods. He is a co-founder of Pekoe Sip House, a regional tea/coffee chain in Boulder, CO.