Ben & Jerry’s keeps on truckin' with Twitter campaign in Seattle 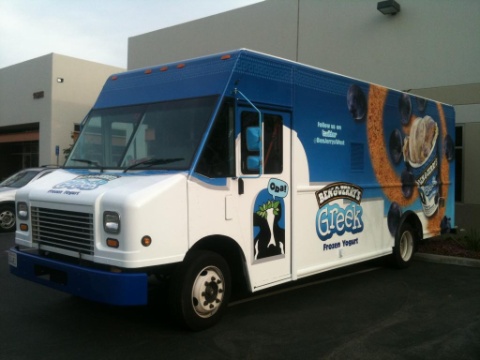 Snickers Ice Cream is giving away 1,000 ice cream bars to three creative users of Twitter. Consumers direct a tweet to @SnickersIceCrm with how they would share 1,000 Snickers Ice Cream bars. The three respondents with the best, most creative answers (in 140 characters or fewer) less will win 1,000 ice cream bars to share (or not).
“We hear from fans all the time that Snickers Ice Cream Bars are almost too good to share, so we felt it was time to give Americans an extra incentive,” said Craig Hall, General Manager, Mars Chocolate North America.
The contest began on July 19 runs to midnight (ET) Aug. 9. Consumers can tweet one entry per day during the contest. Snickers Ice Cream will announce the winners via Twitter at @SnickersIceCrm. Rules and guidelines at http://twitdoc.com/18R0.

The Dairy Queen system opened its 100th location in Mexico this week and has plans to open 15 additional restaurants by the end of 2012. John Gainor, president and CEO of International Dairy Queen, Inc. (IDQ), joined franchisee Javier Gandara Jr. from Daqu de Sonora for the grand opening of the 100th store, located in the city of Leon. The new store will feature Blizzard Flavor Treats, MooLatté frozen coffee-flavored beverages, soft-serve cones, sundaes, Blizzard Cakes and the full line of fruit-blended beverages.

Cloverland Dairy, Baltimore, has been awarded a Level 3 Certification from the Safety Quality Foods Institute (SQF) -- the highest possible qualification, which testifies to appropriate protection being in place from standard hygiene issues all the way up to, and including, terrorist attacks.
Cloverland invested $250,000 in preparation for the SQF review, which included rigorous testing of the dairy's quality management system. The formal certificate of registration, which covers dairy food processing as well as ice, drink and beverage processing, is valid through August 4, 2013.

Dairy Farmers of America does a good deed in the community

A group of volunteers representing Dairy Farmers of America convened at Matthew: 25 Ministries this week for an afternoon of service reflecting the Cooperative’s core value of community. Nearly 50 volunteers sorted, packaged and prepared donated goods to be shipped to various parts of the world. The group was in town for the Cooperative’s annual Board strategy retreat, which includes a dedicated program for DFA’s farmer leader and management wives that engages them in the dairy industry and provides deeper insight into DFA’s business.
“This group has expressed a desire to contribute more to DFA’s community outreach activities,” said Joyce Bupp, Board director and chair of DFA Cares Foundation. “Our volunteer activity is a strong reflection of how our focus on community extends throughout the Cooperative.”
Matthew 25: Ministries, headquartered in Blue Ash, Ohio, is an international and humanitarian aid and disaster relief organization that rescues and reuses approximately 13 million pounds of corporate discontinued, returned and past season products each year. They then redistribute the products to people in desperate need throughout the United States and worldwide.

Wisconsin Dairy Products Association honored Dallas Wuethrich, president of Grassland Dairy Products with the organization's 2012 Presidents Award at the WPDA Dairy Symposium earlier this month.
Dallas Wuethrich, a third generation member of the family business, shares a deep appreciation for the community and believes that a strong community creates a positive, productive environment in which to live, work and raise a family.
The President’s award is annually bestowed on a member of the Wisconsin dairy community who is a vital steward to the dairy industry and exemplifies growth of dairy in Wisconsin. 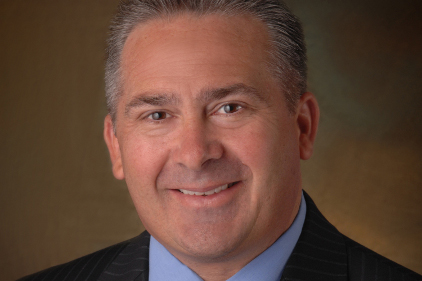 California Dairies Inc. announced the appointment of Eric Erba (pictured) as senior vice president and chief strategy officer effective immediately. Erba is the former senior vice president of administrative affairs for CDI. He has been with CDI since 2006. Before joining CDI, Erba was the assistant director for the Division of Animal Health and Food Safety Services at the California Department of Food and Agriculture. He holds a doctorate degree from Cornell University in agricultural economics (dairy markets and policy specialty).