For some, the past 12 months been a great ‘party’; for others, they have been a financially painful one. 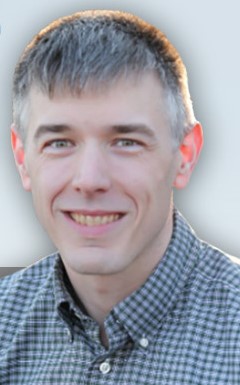 The best and the worst parties share a few characteristics. They both involve a few questionable decisions and an element of surprise — and they don’t end until the authorities show up.

The global dairy markets have been partying hard for the past 12 months, which is pushing milk prices to record highs. For some, it has been a great party. For others, it has been financially painful one and stopped being fun a long time ago. I don’t know if the party is over yet, but the older folks have left, and the only thing left to drink is the cheap vodka.

A turning point for the market?

But the GDT index has now dropped for two consecutive events; EEX butter futures are about 6% off their peak; and dry whey prices in the United States have dropped. Have we hit a turning point for the market?

The price strength that we’ve seen in the past 12 months has primarily been driven by weak milk production and fear that high input costs and government policy will keep milk production weak for the foreseeable future. Farm gate milk prices have already hit new record highs in Europe and should continue to trend higher for a few more months. The milk price in New Zealand is going to be at a record high this season, and the U.S. price has a shot at a record high in coming months.

But the increased revenue is being (partially) offset by higher costs. Feed costs are the most obvious, but energy, labor, maintenance and interest expenses are all increasing as well.

When we work through the numbers, the record high milk price should more than offset the expenses. Depending on the region, dairy farmers are somewhere between profitable and achieving record profitability. Assuming the weather cooperates, feed costs trend lower as the futures markets expect, and energy supplies don’t get cut off to Europe, milk production across the major exporters should start growing again.

However, I don’t think it is the supply side that is driving the pull-back in prices. Depending on how you calculate it, China accounts for 25-30% of global dairy imports. The country’s imports have been slowing since the middle of 2021, and on a milk-equivalent basis, are down 2.2% year to date (January-February).

Milk prices in China reached a record high last year, and margins were very good, which has driven growth in the country’s domestic production. At the same time, economic growth in the country has slowed, and the recent COVID-19-related lockdowns have reduced demand and turned the mood in the market sour. It doesn’t help that imported whole milk powder is now more expensive than domestically produced powder.

Import demand by other countries is mixed, but everyone is unhappy with the high prices, and few seem interested in stockpiling at these prices. We also risk killing off some actual consumption. It takes time for the commodity prices to trickle down to consumers.

Here in the United States, the retail price of butter was relatively steady during 2021, but it increased 17% between this past December and March. Similar pass-through is likely happening in other countries now as well.

The biggest long-run driver in our demand models is economic growth, and things are looking less rosy on that front. Between the energy price shock, central banks now “quantitatively tightening” and inflation sapping consumer spending power, the risks to economic growth look weighted to the downside.

So the demand side is somewhere between tepid and weak with risks weighted to the downside. Farm gate milk prices are at record highs and are offsetting increased input costs, but as of early April, there is no strong evidence that production has rebounded. And the models say it will take until the second half of the year to get significant production growth with the risk being that input costs increase further, the weather holds back production or some other unexpected event comes along and knocks milk production back again.

I think dairy prices globally have probably peaked, but the downside should be limited by the high input costs unless demand absolutely tanks.

Note: This material should be construed as market commentary, merely observing economic, political and/or market conditions, and not intended to refer to any particular trading strategy, promotional element or quality of service provided by the FCM Division of StoneX Financial Inc. (“SFI”) or StoneX Markets LLC (“SXM”). SFI and SXM are not responsible for any redistribution of this material by third parties, or any trading decisions taken by persons not intended to view this material.

Information contained herein was obtained from sources believed to be reliable, but is not guaranteed as to its accuracy. Contact designated personnel from SFI or SXM for specific trading advice to meet your trading preferences. These materials represent the opinions and viewpoints of the author, and do not necessarily reflect the viewpoints and trading strategies employed by SFI or SXM.