Winnimere from Cellars at Jasper Hill in Vermont was named “Best of Show” among 1,794 entries at the American Cheese Society’s (ACS) 2013 Judging & Competition last week. The results were announced in a ceremony on Friday, Aug. 2 at the 30th Anniversary ACS Conference in Madison, Wis. Grafton Village Cheese, also in Vermont was awarded 2nd place overall for Bear Hill. Bleu Mont Dairy in Wisconsin tied itself for 3rd place overall for their Bandaged Cheddar and Big Sky Grana.

Mateo Kehler of Cellars at Jasper Hill said of the Best of Show win, “Winnimere represents the soul of our business, and the award is recognition for the hard work of so many people.” 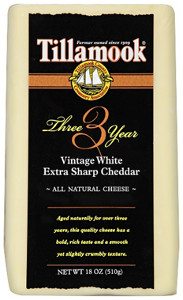 About the American Cheese Society
The American Cheese Society (ACS) is the leading organization supporting the understanding, appreciation, and promotion of farmstead, artisan and specialty cheeses produced in the Americas. Over 1,500 members strong, ACS provides advocacy, education, business development, and networking opportunities for cheesemakers, retailers, enthusiasts, and extended industry. ACS strives to continually raise the quality and availability of cheese in the Americas. Since its founding in 1983, ACS proudly hosts North America’s foremost annual educational conference and world-renowned cheese judging and competition. For more information, visit www.cheesesociety.org.