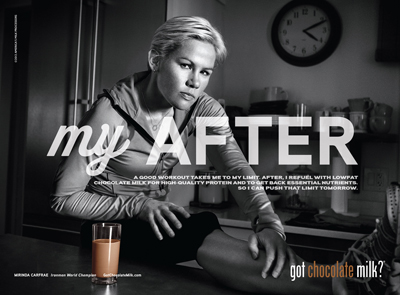 The Science of Chocolate Milk
Athletes and coaches alike are recognizing the benefits of refueling with lowfat chocolate milk. Nick Folker, USA  Swimming Trainer and Head Strength and Conditioning Coach at the University of California, makes chocolate milk a staple on the training menu of his swimmers.

"Lowfat chocolate milk delivers the things my athletes really need to recover so they can get the most out of their next workout," said Folker. "It has the right carb to protein ratio scientifically shown to help the body recover, high-quality protein to help repair muscles and fluids and electrolytes to replenish what's lost in sweat. It's so simple, plus it tastes great!" 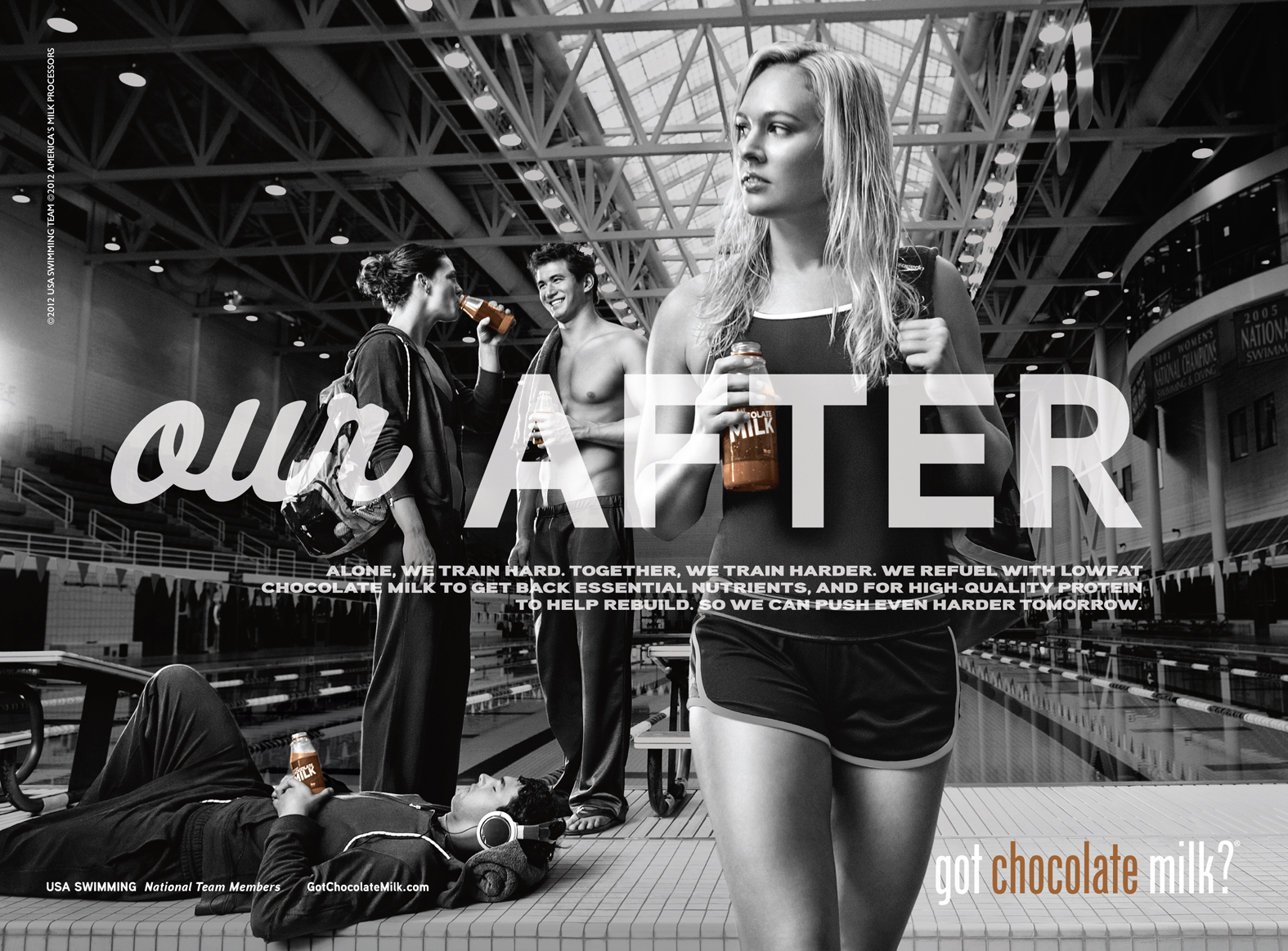 The Official Refuel Beverage of Athletes Everywhere
Through a variety of initiatives – and with the help of elite athletes, their trainers and sports dietitians – the "my After" campaign will reach active adults who are serious about their sports to educate them about the importance of recovering effectively:

• Exclusive online training videos give an inside look into the after-workout rituals of many elite athletes.

• Athletes everywhere will have a chance to join Team REFUEL and get sponsored by showcasing their Afters by creating and submitting a video to gotchocolatemilk.com or at participating Rock 'n' Roll Marathon Series or Ironman and Ironman 70.3® races. Online votes will decide which five athletes each month will receive a $500 sponsorship, training gear plus the chance to star in their own "my AFTER" ad or race at Rock 'n' Roll Marathon Series in Europe. For each vote cast, $1 will go to the Challenged Athletes Foundation.

• Through April 30, 2012, athletes can share their After on Facebook to become eligible for daily prizes. Ten daily winners will receive branded athletic apparel, and one grand-prize winner will jet set to a USA Basketball Men's National Team exhibition game.

About the REFUEL | "got chocolate milk?™" Campaign
The Milk Processor Education Program (MilkPEP), Washington, D.C., is funded by the nation's milk processors, who are committed to increasing fluid milk consumption. The National Fluid Milk Processor Promotion Board, through MilkPEP, runs the REFUEL | "got chocolate milk?™" Campaign, a multi-faceted program designed to educate athletes about the recovery benefits of lowfat chocolate milk after strenuous exercise. Lowfat chocolate milk is simple, effective and scientifically shown to help refuel the body so athletes can perform at their best. It's a natural source of high-quality protein to build lean muscle; it has the right mix of protein and carbs to refuel exhausted muscles; plus fluids and a natural source of electrolytes to rehydrate and help replenish what's lost in sweat. For more information, go to www.gotchocolatemilk.com.