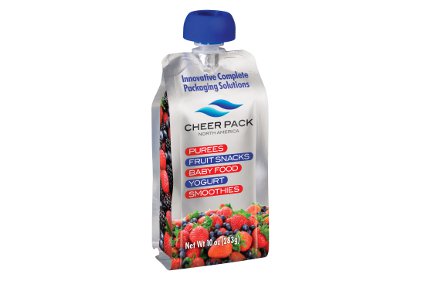 The Wisconsin Dairy Products Association (WDPA) once again offers the Robert L. Bradley Scholarship, an annual $2,000 award that comes from the net proceeds of the World Dairy Expo Championship Dairy Product Contest auction. The first scholarship is named after Dr. Bob Bradley, a long-time professor at the University of Wisconsin-Madison and a major supporter of WDPA. Two scholarships will be awarded to two deserving college students pursuing careers in the dairy industry. The scholarships are available to any student attending a University of Wisconsin system school. To be eligible for the scholarships, the student must meet the following criteria:

Glanbia Foods plans to build a three-story, 35,000-square-foot office complex and a 14,000-square-foot research center in downtown Twin Falls, Minn. The $15 million project is expected to open by March 2013.

Koch Membrane Systems launched a new website, www.kochmembrane.com, to give users clear and easy access to content while supporting the depth of the company’s expertise. The site is structured around the company’s two major business segments: Industrial & Life Sciences and Water & Wastewater.

Mitsubishi Caterpillar Forklift America appointed G&W Equipment to represent its three flagship brands, Cat lift trucks, Mitsubishi forklift trucks and Jungheinrich warehouse products, in the Western portion of North Carolina and South Carolina. G&W Equipment has been a Mitsubishi forklift truck dealer in this same territory since 1997, with facilities in Charlotte and Greensboro, N.C., and Greenville and Columbia, S.C.

Eurofins acquired Air Toxics Inc., a U.S. air testing laboratory based in Folsom, Calif. This key move coupled with the acquisition of Lancaster Laboratories in 2011 strengthens Eurofins’ growing presence in the United States, especially in the environmental testing market.

Cargill unveiled plans to invest close to EUR20 million in its newly acquired cocoa and chocolate facilities in Berlin, Germany. Cargill plans to upgrade both production sites — based in Lichtenrade and Reinickendorf, Berlin — which will increase the capacities of specific product lines and strengthen its ability to provide a high-quality cocoa and chocolate portfolio.

Barry Callebaut AGand Unilever signed a long-term global partnership agreement where Barry Callebaut will become Unilever's strategic global supplier and innovation partner for its cocoa and chocolate needs.Ultimately, Barry Callebaut will provide 70% of Unilever's global cocoa and chocolate products. This will be achieved under a wide-ranging joint business development plan involving close cooperation across innovation, sustainable sourcing, capacity expansion and value improvement. As a result of the agreement, Barry Callebaut will invest approximately $24 million in its worldwide factory network to prepare the capacity required to fulfill the long-term partnership agreement. The additional volumes have a ramp-up period of 12 months, starting immediately. Both parties agreed not to disclose any further terms of the agreement.

On the Move: Personnel Changes

Darrell Pfiffner was named national accounts manager for the dairy sector, responsible for the international marketplace. Previously, he was the international sales manager, handling shrink wrap equipment sales for Europe, Asia and the Middle East.

Michael Natale was promoted to general manager of Bell Mexico in Guadalajara, responsible for continuing Bell’s competitive flavor and fragrance success in Mexico and bringing Bell Mexico to the next level of accomplishments. Meanwhile, Katie Gutierrez will now be leading the marketing team, as well as coordinating and organizing the marketing teams in Mexico, Canada and Brazil. She will be working as a liaison between all four divisions with high priority on communication and product push to all sales groups and customers.

The American Institute for Packaging and the Environment (AMERIPEN), Wakefield, Mass.

Joan Pierce was named executive director, responsible for working with the executive committee to deliver on the group’s priorities and goals and accelerate existing work streams and overall progress.

Scott Steele was appointed president, responsible for global operations. He has been vice president of since 1995.

Daniel F. Rackley, director of regulatory affairs, passed away Jan. 29 in Greenville, N.C. Since October 2001, Rackley served as chairman of the board of the National Conference on Interstate Milk Shipments (NCIMS), working with state governments, the U.S. Food and Drug Administration and industries to establish laws and guidelines for milk production. In lieu of flowers, donations may be made to Helping Hands at First United Methodist Church of Muskogee, 600 E. Okmulgee, Muskogee, OK 74403. Online condolences can be made at www.wilkersonfuneralhome.