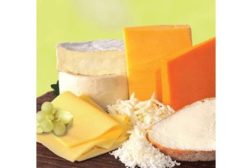 Cheese shreds in 8-ounce packs were the most featured individual item this period, appearing in 12,755 ad features. The national price averaged $2.36, up 12 cents from two weeks ago. 8-ounce blocks, at $2.43, moved 7 cents higher from two weeks ago. Schools have reopened in the Southern tier of states across the nation sending an increasing number of milk loads to bottlers to meet the increased Class I demand. 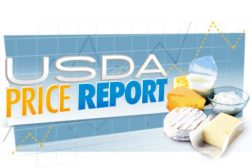 Fluid milk production is increasing throughout the country.