This website requires certain cookies to work and uses other cookies to help you have the best experience. By visiting this website, certain cookies have already been set, which you may delete and block. By closing this message or continuing to use our site, you agree to the use of cookies. Visit our updated privacy and cookie policy to learn more.
Home » Nestlé shows how protein helps to lose fat, build muscle
Dairy Processor News
R&D 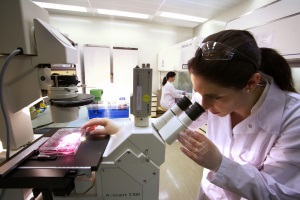 Scientists from the Nestlé Research Center, Lausanne, Switzerland, wanted to find out how to promote weight loss in obese older adults while avoiding loss of muscle mass. They found that consuming protein throughout the day, rather than eating the bulk of it at the evening meal, was most effective.

According to Nestle, obesity is a growing problem among the older population. Reducing calorie intake is one solution, but this approach also leads to loss of muscle mass. This in turn can hinder the rate of further weight loss, and is associated with reduced strength and functional capacity, and increased risk of disability and mortality.

In an international collaboration with researchers in Canada, Australia and the United Kingdom, NRC researchers set out to establish whether this loss of muscle mass could be counteracted by a two-pronged approach:

Twenty obese men around the age of 65 were recruited for a four-week study. For the first two weeks, they were placed on a low-calorie, high-protein diet and continued with their normal daily activity.

However, half of the volunteers received a balanced intake of protein from the four meals/protein drinks provided throughout the day, while the second half received the more standard “skewed” diet, with the majority of their protein intake coming from the evening meal.

In the second two weeks of the study, the diet was combined with a whole-body, progressive resistance exercise regime to see if it would counteract any negative impact of the reduced-calorie diet on muscle mass. Rates of muscle protein synthesis – the driving mechanism behind maintaining or increasing muscle mass – were measured at the end of each phase by blood sampling and muscle biopsy.

As expected, both groups displayed reduced fat mass and reduced muscle mass during the first fortnight when both groups were on a low-calorie, high-protein diet without resistance training. While the fat reduction was the same for both groups, the reduction in muscle protein synthesis rate was less marked in the balanced intake group.

During the second half of the study with resistance training, both groups continued to lose body fat, but muscle loss was noticeably slower than after the first half of the study. In fact, with the balanced intake group, the protein synthesis was comparable to the levels seen with ‘normal’ energy intake before the study began.

This research demonstrates that a reduced-calorie diet does indeed reduce the rate of muscle protein synthesis, confirming that weight loss can also lead to muscle loss. However, the study also demonstrates, for the first time, that a balanced protein intake throughout the day increases muscle protein synthesis when compared to a skewed protein distribution. This beneficial effect is further enhanced when combined with resistance training.

This research remains to be confirmed in long-term studies. The daily optimal amount of protein required to maximally stimulate muscle protein synthesis in older adults also remains to be established. Nevertheless, these preliminary findings provide compelling conclusions which could be used in the design of guidelines for older adults, a population at-risk of muscle mass loss.

The study, titled “Hypoenergetic diet-induced reductions in myofibrillar protein synthesis are restored with resistance training and balanced daily protein ingestion in older men,” is published in the American Journal of Physiology 2015.

Research shows how to reduce sodium in cheese

Newsline: Nestle to Build in Indiana

How to Build Business At Home and Abroad