This website requires certain cookies to work and uses other cookies to help you have the best experience. By visiting this website, certain cookies have already been set, which you may delete and block. By closing this message or continuing to use our site, you agree to the use of cookies. Visit our updated privacy and cookie policy to learn more.
Home » Yoplait Greek yogurt, Haagen Dazs ice cream push sales at General Mills
Dairy Processor NewsTop 100
Earnings report

Second quarter net sales essentially matched year-ago results, which were up 6%. Through the first six months of fiscal 2014, net sales are up 4%. 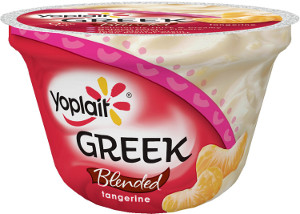 Net sales through the first six months of fiscal 2014 grew 4% to $9.25 billion. Incremental contributions from new businesses added during the prior year accounted for 2 points of the net sales increase.

Chairman and Chief Executive Officer Ken Powell said, "As we enter the second half of fiscal 2014, we expect our earnings growth to accelerate from first-half levels. We like our 2014 innovation and marketing plans, which include a strong slate of new items being introduced in the second half of the year. We expect our rate of input-cost inflation to ease in the second half. And last year's growth was weighted toward the first half, making our second-half comparisons easier."