She had been serving as interior CEO following the resignation of Vivian Godfrey. 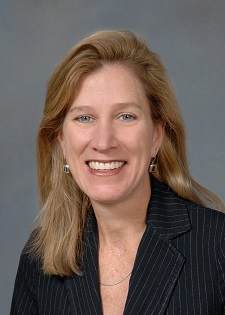 The Milk Processor Education Program (MilkPEP) today announced that its Board of Directors has appointed Julia Kadison (pictured) as Chief Executive Officer. Kadison previously held the position of Interim CEO/Vice President of Marketing for MilkPEP, following the resignation of MilkPEP CEO Vivian Godfrey in November 2013.

“The dairy industry is in a state of transition, and I'm thrilled that we have Julia Kadison to lead MilkPEP through this evolution," said Jay Bryant CEO of the Maryland & Virginia Milk Producers Cooperative and Chairman of the MilkPEP Board of Directors in a statement released Aug. 1. "As interim CEO, she has proven that she has the experience and vision to lead our organization. She has already introduced a strategic new program direction, including a powerful new advertising campaign and a cause marketing initiative that is truly uniting the industry. Her vision for how MilkPEP can evolve its consumer marketing initiatives to spur milk consumption is exactly what the industry needs.”

Kadison joined MilkPEP in 2006. She directed the development of the industry’s strategic new “Milk Life" campaign, which spotlights milk's high-quality protein, and the launch of the Great American Milk Drive, which raises awareness of the need for milk donations in the nation’s feeding programs. Kadison also oversaw the industry’s entrance into the sports recovery market with the Built With Chocolate Milk campaign, which touts the science-backed, post-exercise recovery benefits of chocolate milk.