This website requires certain cookies to work and uses other cookies to help you have the best experience. By visiting this website, certain cookies have already been set, which you may delete and block. By closing this message or continuing to use our site, you agree to the use of cookies. Visit our updated privacy and cookie policy to learn more.
Home » National dairy report: butter prices are lower; cheese production steady; milk production varies by region
Dairy Foods & BeveragesSales Data
Dairy processing

Some cheese plants are turning back some offered milk to better balance their inventories to match current demand.

Butter operators churned at mostly steady rates. Cheese production is mostly steady this week with many plants operating full schedules. As for milk, the USDA says production is steady to higher in the Midwest, steady in the Northeast and Pacific Northwest, and steady to declining in California.

The following highlights are from the USDA’s Dairy Market News for the week of June 2 to 6. (Click to download the complete report.)

Demand for butter is good

BUTTER HIGHLIGHTS: Butter prices trended lower this week. The market tone is steady. Butter operators churned at mostly steady rates. Demand for butter is good, especially bulk supplies, while a few manufacturers noted slower print sales in the Central region. Supplies are adequate for contractual obligations, but many manufacturers have not yet built up inventories like in years past.

Retail demand for cheese is moderate to good 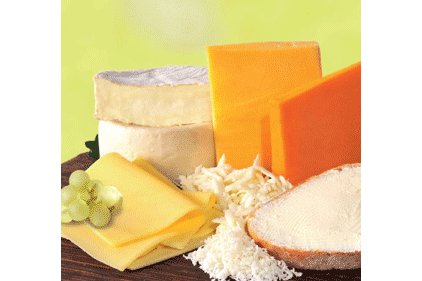 CHEESE HIGHLIGHTS: Cheese production is mostly steady this week with many plants operating full schedules. Milk volumes available for manufacturing are heavy. Discounted milk is becoming available for those plants wanting or able to increase production. Some plants are turning back some offered milk to better balance their inventories to match current demand. Retail demand is moderate to good.

Export demand has slowed with some resistance to current price levels. Buyers are looking to increase spot orders on price breaks. According to the NASS Dairy Products report, total cheese production in the U.S. in April reached 950.4 million pounds, up 2.2% from April 2013. Year to date production was up 1.5% compared to 2013. The Foreign Agricultural Service (FAS) reported U.S. cheese exports for Jan.-Apr. 2014 at 293.9 million pounds, 39% higher than 2013. Quota cheese imports for Jan.-Apr. 2014 totaled 47.1 million pounds, down 5% from 2013.

Milk production in the Midwest is steady; declining in California

FLUID MILK: Milk production is steady to higher in the Midwest, with spot sales ranging from $5.00 under to Class, steady in the Northeast and Pacific Northwest, mostly steady in Utah and Idaho, steady to declining in California, and trending lower in the Southeast, Florida, New Mexico and Arizona. Arizona milk orders picked up earlier this week but in most of the country Class I demand is lower. Condensed skim demand is steady to weaker in the East and Central states, but steady to increasing in the West.