This website requires certain cookies to work and uses other cookies to help you have the best experience. By visiting this website, certain cookies have already been set, which you may delete and block. By closing this message or continuing to use our site, you agree to the use of cookies. Visit our updated privacy and cookie policy to learn more.
Home » Chinese dairies crack the ranks of the world's 15 largest firms
Dairy Processor NewsTop 100
The world of dairy

Chinese dairies crack the ranks of the world's 15 largest firms

Nestle, Danone and Lactalis remain on the top of the list.

In Rabobank's newest report ranking the 20 largest companies in the global dairy industry, two Chinese players (Yili and Mengniu) moved up on the list, while Kraft Foods and other U.S.-based firms slipped down.

In the report, published by Rabobank’s Food & Agribusiness Research and Advisory team, the bank says that while the top five dairy players continue to drive consolidation and maintain a firm hold on their positions, elsewhere in the sector there is much movement. 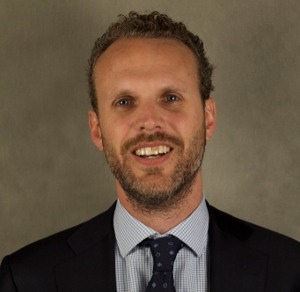 “The top five companies remain unchanged in their position on the list, yet there are now two Chinese companies in the rank of the largest 15 companies, whereas there were none in the top 20 until 2008,” said Rabobank analyst Tim Hunt (pictured). “In contrast, the lack of a U.S.-based global consolidator means that the rankings of U.S. companies has declined.”

In Rabobank’s latest ranking, Nestlé extended its lead at the top of the table, with organic growth and the purchase of Pfizer’s infant nutrition business contributing to 23% revenue growth in dairy sales. Nestle also ranks first on the Dairy 100, Dairy Foods' annual ranking of the largest dairy processors based in the United States and Canada.

Rabobank says that slowing organic growth potential is placing more pressure on companies to consolidate local industries and seek growth via acquisition, contributing to the flurry of recent activity among the top 20. Companies are also actively positioning themselves to access stronger growth markets abroad.

The report states that the Chinese government’s desire for domestic consolidation and vertical integration, together with local market growth, will almost certainly underpin further growth of Chinese giants Yili and Mengniu.

Looking at the U.S., a combination of confinement to the domestic market and lack of sizeable acquisitions has seen the rankings of U.S. companies decline in recent years, Rabobank commented. Kraft slipped seven places following the split of its U.S. grocery business from Mondelez, while Dairy Farmers of America saw sales decline in 2012 on an organic basis. Dean Foods fell one place on the back of the sale of WhiteWave and Morningstar and the contraction of the U.S. fluid market.

“With the rapid growth of the Chinese giants, it is quite possible that the U.S. dairy giants will be pushed further down the list in coming years, with the global landscape largely being shaped by others at present,” explained Hunt.