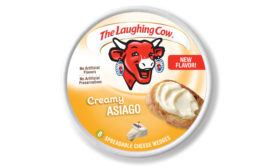 The Bel Group (maker of Laughing Cow and Mini Babybel snack cheeses) said it is in negotiations to acquire the MOM Group, maker of GoGosqueeZ yogurt and fruit snacks. 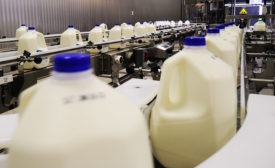 More than one-third of the dairy processors on the Dairy 100 have annual revenues of $1 billion or more.
James Carper

Dairy Foods' 22nd annual Dairy 100 report identifies the largest dairy processors based in the United States, Canada and Mexico. Three companies are based in Canada and one in Mexico. Wisconsin is home to the most Dairy 100 firms (12), followed by California and Minnesota (each with 10).

Clicking on the company name takes you to that dairy processor’s website. Annual reports and financial information for public companies are one click away.

Dairy Foods has enhanced its 2014 report of the largest dairy processors. Visitors to the 2014 Dairy 100 can link to company websites directly from the listing. We have also provided links to annual reports and other financial information for publicly held dairy processors.

The world of dairy

Chinese dairies crack the ranks of the world's 15 largest firms

Nestle, Danone and Lactalis remain on the top of the list.

“The top five companies remain unchanged in their position on the list, yet there are now two Chinese companies in the rank of the largest 15 companies, whereas there were none in the top 20 until 2008,” said Rabobank analyst Tim Hunt. “In contrast, the lack of a U.S.-based global consolidator means that the rankings of U.S. companies has declined.”

Dairy Maid has been owned and operated by the Vona family since 1946 and is currently led by brothers, Jimmy and Jody. The Vonas will continue to manage the day-to-day operations.

Dairy Farmers of America (DFA) has acquired Dairy Maid Dairy. Located in Frederick, Md., Dairy Maid is a family-owned processor of milk, juice and fruit drinks. Dairy Maid has been owned and operated by the Vona family since 1946.

In January, products from the Coleman Dairy division were changed to the Hiland label.

The Roberts Dairy brand will be discontinued in May when the dairy's milk and dairy products will be marketed under the Hiland Dairy Foods label. In a statement, Hiland said "the move will solidify the synergy between two of the country’s finest dairy producers, under one name." 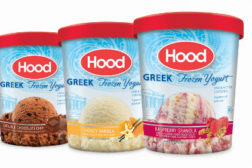 Hood gets into the Greek frozen yogurt game

The frozen Greek yogurt is available in the New England states and parts of New York. Hood is manufacturing the product at its Suffield, Conn., frozen dairy plant.