Mrs. Hashimoto was instrumental to the revitalization of Los Angeles' Little Tokyo, home to the company's headquarters since it was founded in 1910. 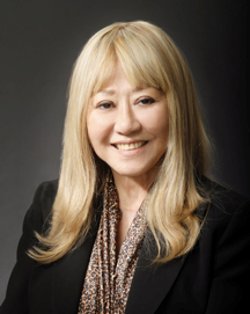 LOS ANGELES, Dec. 4, 2012 -- With great sadness, Mikawaya, the creator of Mochi Ice Cream, announces the death of Frances Hashimoto, President and Chief Executive Officer of Mikawaya, as well as a significant leader in Japanese American community. She passed away Nov. 4 at her home in Pasadena.

The Los Angeles-raised Roosevelt High School and University of Southern California alumna's passion for working with the community contributed to her success as a female entrepreneur.

Hashimoto is credited with growing Mikawaya from a small neighborhood store when she took over the family business full time in 1970, into the large corporation that has become synonymous with traditional Japanese confections. Under her direction, Mikawaya's signature product, Mochi Ice Cream, is now sold in many Japanese restaurants as well as supermarkets all over the world, enabling many different people to experience and appreciate the Japanese confectionary culture.

Hashimoto was instrumental to the revitalization of Los Angeles' Little Tokyo, home to the company's headquarters since it was founded in 1910, and devoted much time to the recognition and expansion of the Japanese community in the Southern California region. She also helped strengthen ties between Little Tokyo and Minami Otsu Dori Shotengai in Nagoya, Los Angeles' first sister city.

Her contributions to promoting cultural and economic exchange between the two cities included delegation exchanges, fundraising for Nisei Week, spearheading business seminars and lobbying the city governments of both countries. At the time of her death, she was the longest serving member of the Board of Director of the Japanese American Cultural and Community Center.

Hashimoto is survived by her family, who extends great appreciation for all who have honored her legacy.

Mikawaya is a 102-year-old family-run business that specializes in the creation of fine Japanese pastries and desserts. Run by Frances Hashimoto and her husband Joel Friedman, Mikawaya offers snack and dessert-lovers alike an alternative to traditional ice cream. Mochi Ice Cream combines a well-known and loved dessert, ice cream, with a chewy, marshmallow-type dough.