Gregg Engles, Chairman of Dean Foods said: "Today we announced our fifth consecutive quarter of growth, with all of our operating segments continuing to perform well. We have successfully built on the momentum from the first half of the year to deliver 35 percent growth in third quarter adjusted operating income and 83 percent growth in adjusted diluted earnings per share for the quarter. Our strong performance this year has created the flexibility to pursue important strategic actions like the recently completed initial public offering of The WhiteWave Foods Company. It has also driven our expectations for further growth to close out the year."

For the quarter, WhiteWave-Alpro operating income was $64 million, a 25 percent increase from the $52 million in the third quarter of 2011.

The consolidated financial statements of The WhiteWave Foods Company will differ from our historically reported WhiteWave-Alpro segment results, as our historical results include adjustments for management and segment reporting purposes. In addition, The WhiteWave Food Company's consolidated financial statements include certain other adjustments, including the allocation of corporate and shared service costs, which are not reflected in the WhiteWave-Alpro segment results. 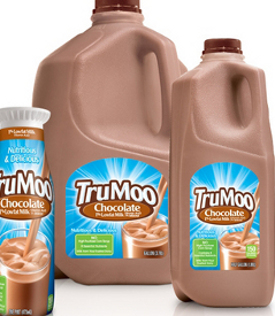 "Fresh Dairy Direct continued to successfully execute our plan in the third quarter, despite rising dairy commodity costs," said Gregg Tanner, Dean Foods Chief Executive Officer. "We have a simplified, focused agenda that maximizes our strengths as a business. Our performance continued to be driven by a focus on three fundamental areas: volume performance versus the industry, price realization to cover commodity inflation, and cost efficiency with an unrelenting continued focus on the quality of our products, the safety of our employees, and the service we provide our customers."

Fresh Dairy Direct volumes continued to outperform the broader industry. Fresh Dairy Direct fluid milk volumes declined 1.4 percent on a year-over-year basis, excluding the impact of divestitures. This compares to the balance of the industry that experienced a volume decline of approximately 3.1 percent on a year-over-year basis, based on USDA data and Company estimates.

Read the complete press release on the Dead Foods website.

3Q Sales Up, Net Income Down for Dean Foods