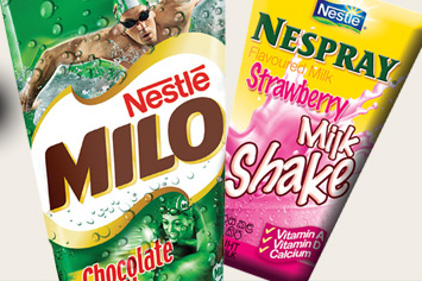 Nestlé is producing ready-to-drink brands such as Milo and Nespray at its existing manufacturing site in the Sri Lankan province of Kurunegala. The UHT milk factory builds on the company’s recent investments in dairy development in China and India. Nestle reported the news on its website this week.

“Our latest investment will have a ripple effect across the local community by helping our company make a positive impact on thousands of suppliers and farmers in the country,” said Alois Hofbauer, Managing Director for Nestlé Lanka.

“The new manufacturing capabilities also mean we can produce new products for our Sri Lankan consumers. Our dairy based beverages are Sri Lankan household favorites,” he added.

The CHF 5.8 million factory is part of a CHF 77 million (10 billion Sri Lankan rupees) total investment in Sri Lanka over the next few years.
Two other factories producing Maggi noodles and Nestlé brand malt beverages were opened on the site in the last 12 months.

Nandu Nandkishore is Nestlé’s Zone Director for Asia, Oceania, Africa and the Middle East, at the milk factory opening event. He said the new factory “is an example of Nestlé’s strong and continued commitment to the development of Sri Lanka. It shows our company sees real potential in the country.”