This website requires certain cookies to work and uses other cookies to help you have the best experience. By visiting this website, certain cookies have already been set, which you may delete and block. By closing this message or continuing to use our site, you agree to the use of cookies. Visit our updated privacy and cookie policy to learn more.
Home » Kraft makes staffing cuts, realigns sales as it prepares to split in two
Dairy Processor News
Reorganization

Kraft makes staffing cuts, realigns sales as it prepares to split in two

Dairy Foods' 2011 Processor of the Year Kraft Foods announced several moves on Jan. 17 that it says will "help ensure its North America-based snacks and grocery businesses are well-positioned to become two independent public companies before the end of 2012."

Kraft is the largest cheese processor based in the United States, with annual sales of about $4 billion, according to the Dairy 100, Dairy Foods' annual ranking of North America's largest dairy processors.

"When we announced our decision to create two world-class companies last August, we said both would be leaner, more competitive organizations," said Irene Rosenfeld, Chairman and CEO. "For the past year, the North American team has been working to streamline operations to deliver sustainable top-tier performance and continue to invest in our iconic brands. We're confident that this transformational work will improve effectiveness and fuel the future growth of both companies." 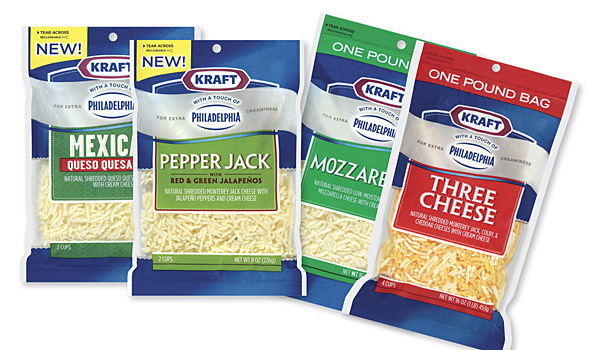 According to a company press release, "The grocery and snacks businesses have distinct portfolios and routes to market. By realigning the U.S. sales structure to create more focused teams, each company can customize its approach to in-store sales and execution to maximize impact."

The snacks business will leverage a direct store delivery model, with most U.S. retail sales employees shifting to the North American region of the global snacks company.

To capitalize on its warehouse distribution strength, the grocery company will reorganize within the United States. Local retail support will be contracted to two leading sales agencies, with Kraft oversight and direction. Acosta Sales & Marketing will become the company's partner for grocery store and mass retail channel execution. CROSSMARK will continue to support Kraft in the convenience store channel. Kraft anticipates having both U.S. sales organizations in place by April 1.

Kraft Foods To Split Into 2 Companies

Kraft May Split From Altria