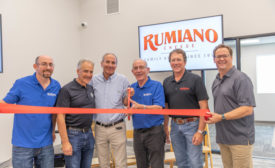 The 46,766-square-foot plant will increase efficiency and capacity by 50%.
On Aug. 6, Rumiano Cheese Co. hosted a ribbon-cutting ceremony for its new processing and packaging plant in Willows, Calif.
Read More 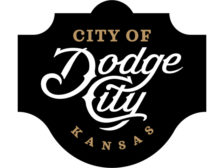 The 46,766-square-foot plant in Willows, Calif., will increase efficiency and capacity by 50% while retaining all 150 current employees. 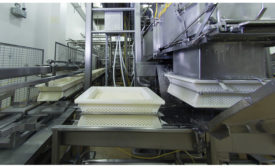 Inside Arla’s cheese plant: the largest Havarti producer in U.S.

Arla’s cheese plant in Wisconsin is said to be the largest producer of Havarti in the United States. It also turns out Gouda, Edam, Fontina and Muenster.
James Carper

To see how White Clover Dairy grew up to become Arla Foods, it helps to look at a series of aerial photos hung in the entrance hallway to this cheese plant in Hollandtown, Wis. In the first image there is a farmhouse near the original plant. Later images show how expansions to the plant crept closer and closer to the house. Eventually, the plant completely surrounds the farmhouse, and in the last image, the house is gone. These additions over the years turned the facility into a 110,000-square-foot plant. 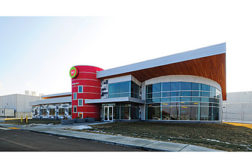 Bel Brands USA built a plant on a green field in Brookings, S.D., to make the popular Mini Babybel cheeses. The management philosophy values transparency and the building itself reflects that. 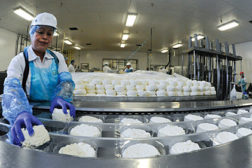