Top 5 reasons why candidates decline a change in career 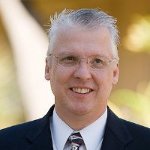 Finding talent for your company is largely affected by housing market decline coupled with limited company concessions. Ask any executive recruiter or HR talent manager today and you’ve opened up a can of worms. Following the stock market decline of 2008 and the following industry downsizing, many people thought that recruiting talent would be easier. The fact is, recruiting today is more challenging than it was five years ago. Here are the top five reasons that support this conclusion.

1. Relocation due to mortgage issues
With the economic changes that occurred from mid-2008 through mid-2010, and still lingering today, we’ve seen a general decline in housing values (with some limited geographic exceptions) and a real estate market that has been affected as a result. Many people became overextended (another topic of discussion related to banking) and are bound geographically by this.
Many families find themselves upside-down on their mortgage balance; add closing costs and many are unwilling to burden the overall cost to sell. More than 10 million homeowners owe more on their mortgage balance than their homes are worth, according to CoreLogicInc. That equates to approximately 22% of homeowners with a mortgage.

2. Relocation due to poor real estate market
The most notable trickle-down effect of the economic decline and the resulting banking changes is the real estate market. People aren’t buying or building because too often they can’t sell or because the resulting banking industry regulations have made it more challenging. Coincidentally, this is a catch-22 with the mortgage issue.

3. Companies tightening belts
Companies have also been impacted by the economic shifts during this time period and most often are not willing to buy and sell a potential candidate's home, pay losses on value or even pay closing costs, in many cases. This is most prominent at technical and middle management level, but this is sometimes the case at executive Level, as well. Companies can benefit by recognizing that they have to offer something “better” besides compensation and benefits: better work-life balance, better career growth potential, better work place (environment / culture) to be in every day, etc.

4. Dual-income households
Many families are experiencing higher costs of living the last four years when the average annual cost of living increase for salaried employees is down from previous years. There has been a slight increase the last two years, but still lower than previous decade (SHRM.org). This, combined with mortgage situations, has forced many single career households to dual career households. Relocating a family now often requires aligning the careers of two people.

With all the changes that have transpired over the last 4 ½ years, many career professionals simply feel that a “bird in the hand is worth two in the bush.” It simply comes to down to calculated risk. Many candidates are not willing to extend themselves and leave a known situation for an unknown situation and have to re-start building their seniority or tenure; unless of course, the hiring company is making it attractive enough to justify all of the above.

William Boeger is president of the Madison, Wis., office of Sanford Rose Associates. He fills Principal and Executive level positions in CPG / Food Industry. Sanford Rose Associates is committed to "finding people who make a difference" within organizations by finding individuals who perform, exceed expectations, and assist the organization achieve its strategic goals.