This website requires certain cookies to work and uses other cookies to help you have the best experience. By visiting this website, certain cookies have already been set, which you may delete and block. By closing this message or continuing to use our site, you agree to the use of cookies. Visit our updated privacy and cookie policy to learn more.
Home » Trade negotiators urged to draw 'a firm line' with EU on Geographical Indications
Dairy Processor News
What's it a name?

The Consortium for Common Food Names points out the irony of the EU’s aggressive over-reach to own certain food names, given the fact that American cheese producers have produced parmesan and other cheeses for many decades, often to international acclaim.

Press release by The Consortium for Common Food Names

In the latest round of negotiations on the Transatlantic Trade and Investment Partnership (TTIP) in Washington, D.C., this week, U.S. negotiators must seek access for U.S. parmesan and other cheeses, and push back on European Union (EU) efforts to claim exclusive rights to the use of these common food names in any discussions concerning geographical indications. 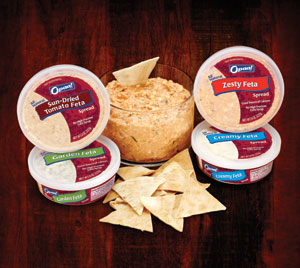 That’s the message from the Consortium for Common Food Names (CCFN), which points out the irony of the EU’s aggressive over-reach to own certain food names, given the fact that American cheese producers have produced parmesan, asiago, feta and other cheeses for many decades, and have often received international accolades and awards for those cheeses.

For now, the battle is to allow U.S. producers to use these names in Europe. A looming threat, however, could even be restrictions on the use of these names in the U.S. and other markets around the world. CCFN warns that the EU has already pressured Latin American countries to succumb to its demands regarding food names and terms.

Costa Rica’s government last month conceded to the EU as part of its free trade agreement (FTA) that all non-EU cheese producers could no longer use the names “parmesan” or “provolone” on their cheeses. Colombia has made a similar decision with respect to “parmesan”. El Salvador, Honduras, Nicaragua and Panama have all approved restrictions on “fontina” and “gorgonzola”, among other names, in their FTAs with the EU.

“It is incomprehensible to most Americans that suddenly U.S. food marketers who have produced these popular cheeses for decades would not be allowed to use common names such as ‘parmesan’, ‘feta’ or ‘asiago’ cheese. But this is the battle we find ourselves in,” said Jaime Castaneda, Executive Director of the Consortium for Common Food Names.

“Europe does not own parmesan,” he continued. “Some of the world’s finest parmesans – including cheeses that have won numerous blue ribbons in international cheese competitions – are made here in the United States, and have been for decades. In fact, in some cases it is because of American cheese marketers that these products have become popular around the world.”

Meanwhile, in Canada’s new FTA with the EU, it agreed to recognize 145 geographical indications (GIs), including several common names. New restrictions could reportedly be placed on use of the common cheese names “asiago”, “feta”, “fontina”, “gorgonzola” and “munster”. Some Canadian and foreign users may have to add expressions such as “kind,” “type,” style” or “imitation” to their labels, a move which many fear will stifle new business entrees for these cheeses.
FEPALE (Federación Panamericana de Lechería), a dairy group that represents most countries throughout the Americas, passed a resolution in November decrying the EU’s increasing efforts to restrict the use of common food names, noting that these efforts have “significant negative impacts on FEPALE members,” and pose a “global threat to trade and commerce.”

While CCFN agrees with the EU that there is a place for the protection of distinctive foods from distinct regions, such as Napa Valley wines or Camembert de Normandie cheese from France, the EU has pushed the bounds of GI protections to include generic names. CCFN’s goal is to work with leaders worldwide in agriculture, trade and intellectual property rights to foster the adoption of high standards and model geographical indication guidelines throughout the world.