This website requires certain cookies to work and uses other cookies to help you have the best experience. By visiting this website, certain cookies have already been set, which you may delete and block. By closing this message or continuing to use our site, you agree to the use of cookies. Visit our updated privacy and cookie policy to learn more.
Home » Supply management would reduce U.S. dairy exports, says IDFA
Dairy Processor News
Farm bill wrangling

WASHINGTON, June 13, 2012 /PRNewswire-USNewswire/ -- As the Senate continues to debate the Farm Bill, and the House Agriculture Committee looks to mark up its version, a new report shows that increased dairy exports have been driving over two-thirds of the growth in the U.S. dairy industry and that the available studies of the proposed supply management program in the Farm Bill predict that it will cause a reduction in exports, even with the program's suspension clause.

The report, "DMSP (Dairy Market Stabilization Program) Potential Impact on U.S. Dairy Exports," finds that the U.S. dairy industry has moved from a "mostly inward-looking, closed system to a market driven largely by exports and international prices." It warns that the "frequency and severity of price spikes resulting from supply control programs could reduce long-term competitiveness" and require lower U.S. prices to continue to increase U.S. milk production.

The Dairy Market Stabilization Program as proposed by H.R. 3062, the Dairy Security Act, would manipulate both the supply of and demand for milk in order to push U.S. milk prices higher than open markets otherwise provide. 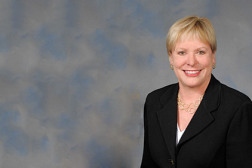 "Given the importance of exports to our industry's ability to grow and create new jobs, it makes no sense at all for Congress to pass a new supply management program that will restrict our ability to be reliable suppliers and will negatively impact investment decisions by processors regarding new facilities," said Connie Tipton (pictured), IDFA president and CEO. "Supporters of the bill have defended supply management by saying it shuts off when it forces U.S. milk prices to be too high, but by then the damage to our export growth will already have been done."

U.S. exports of dairy products have grown by 178 percent in the past 10 years and U.S. dairy manufacturers now export the equivalent of nearly 14 percent of the farm milk produced in the United States. This growing global demand has allowed U.S. dairy farmers to sell more milk at a higher average price than ever before. In 2011 alone, U.S. dairy exports set record highs, jumping 13 percent in volume and gaining more than 20 percent in value. The U.S. Department of Agriculture job forecasts also clearly suggest this growth benefits jobs, too. In 2011, the USDA estimated that 8,400 jobs are created for every $1 billion increase in agriculture exports.

According to the executive summary of the report, "Recent studies of proposed supply control programs for the U.S. dairy industry have found varied impacts on exports in the long run, but the short-run impact is undoubtedly a reduction in exports as U.S. prices rise and become uncompetitive with other exporters."

The report reviews the results of five economic analyses of the proposed dairy supply management program. These studies have found that the government program would limit milk supply between 7.5 percent and 46.2 percent of the time and when in effect would require buyers of farm milk to withhold funds from dairy farmers and send the revenues to the Department of Agriculture instead. The studies also found that the program's plan to have the government buy dairy products to artificially increase demand would cause domestic prices to remain above the world market for longer than the program is active.

The report was prepared for the International Dairy Foods Association by Informa Economics Inc., a world leader in broad-based domestic and international agricultural and commodity/product market research, analysis, evaluation and consulting.

The International Dairy Foods Association (IDFA), headquartered in Washington, D.C., represents the nation's dairy manufacturing and marketing industries and their suppliers, with a membership of 550 companies representing a $110-billion a year industry. IDFA is composed of three constituent organizations: the Milk Industry Foundation (MIF), the National Cheese Institute (NCI) and the International Ice Cream Association (IICA). IDFA's 220 dairy processing members run more than 600 plant operations, and range from large multi-national organizations to single-plant companies. Together they represent more than 85% of the milk, cultured products, cheese and frozen desserts produced and marketed in the United States.

Rabobank: A U.S.-EU trade war would result in dairy winners and losers

Getting the Job Done Without Being There: Automating in a Socially Distant World

This webinar will look at the advances in secondary packaging automation and the role those advances will play in minimizing the number of people needed to install, operate and support automated packaging lines.