He was the best

In June, Dairy Foods sadly lost its long-time publisher, Tom Imbordino. He died unexpectedly at the age of 59.

Under Tom’s leadership, Dairy Foods expanded its reach far beyond the magazine, partnering with the American Dairy Products Institute on the annual Membrane Technology Forum, hosting educational webinars of interest to the dairy processing segment, and much more. Tom was particularly proud that the Dairy Foods Magazine Professional Network — the LinkedIn Group he founded — recently reached a milestone: 30,000 members.

I worked for Tom for the past three years — good years, in no small part because of him. Tom was kind, funny and fair in his decision-making. 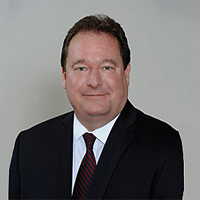 I will miss his encouraging words to the Dairy Foods team — and his frequent acknowledgement of a job well done. I will miss his almost-daily phone calls. (He always responded to my “Hello, Tom” with an enthusiastic “Hey, how’s it going?”) I will miss our discussions about northern Ohio, where we both grew up. I will miss his texts sharing photos of many of the fine meals he so enjoyed (he was quite the foodie).

To honor Tom properly, I invited some friends and colleagues to share their thoughts about, and memories of, him.

Amy Vodraska, Dairy Foods’ associate publisher, says Tom hated it when she called him her boss.

“He preferred colleague or partner, because that’s how he viewed our working relationship,” she tells me. “He encouraged me to take on more roles and responsibilities, and I moved from sales rep to the associate publisher position quite quickly. He consulted with me on most of the decisions he made regarding the brand, and gave me the freedom to share my opinions openly and unreservedly — which he probably regretted on more than one occasion!”

Helene Rogers, a member of the Dairy Foods sales team, says she enjoyed talking about the media business with Tom.

“He knew every player and truly loved the Dairy Foods brand,” she recounts. “Our conversations always segued into lively stories specifically surrounding culinary experiences with family and friends. There was always laughter during those conversations.”

Pamela Mazurk, who handles international sales for Dairy Foods, remembers Tom’s “overwhelming kindness” in the way he treated others.

“He did whatever he could to support his colleagues to make them successful,” she says.

Tom was thoughtful, never forgetting his team members’ birthdays, and he was an inspiration to his team, remembers Marianne Majerus, another member of the Dairy Foods sales team. And he knew how to have fun.

“From time to time, Tom would email our Dairy Foods team unusual-looking food pictures, and we would have a contest to see who could figure out what the food was. I think one time he sent a picture of some deep-fried scorpions on a stick,” she says.

“He was so happy to be a part of the dairy community and have a good time with everyone,” she says.

Tom had a kind heart and a generous nature both inside and outside the workplace, adds Steve Pintarelli, publisher of BNP Media’s Beverage Industry magazine and a long-time close friend of Tom.

“He also had a zest for life, characterized by a ‘go big or go home’ type of mentality,” he reminisces. “When planning an evening out for dinner with family and friends or getting together with clients and colleagues at an industry event, Tom would often fondly tell me that ‘It will be epic, dude.’”

Ivan Rioja-Scott, a former BNP Media colleague and friend, notes that Tom was “respected and loved” throughout the industry.

“Mentioning his name with many customers often opened the doors, and his special dinners at tradeshows were always filled with great food, and even better laughter and joy,” he recounts.

“Due to his congenial, approachable and unassuming personality, I, along with many other people in the dairy industry, quickly befriended Tom. He was generous to a fault. He was sympathetic to others' plights in life. He was an excellent listener and made himself accessible to all types of causes. … Even though Tom and I only saw each other five to seven times a year, we always made time for an annual lunch in Chicago each March.”

Tom helped John Campbell, former CEO of a dairy-processing supplier company, when he was just starting out in the industry.

“In 2006, I purchased a business with some partners and attended the Dairy Forum conference for the first time,” he recalls. “I knew almost no one in attendance. I was fortunate to meet Tom at the start of the conference and shared with him a list of 10 to 15 individuals I hoped to meet. Not only did Tom know everyone on the list, he personally introduced me to them. It was the start of a wonderful friendship.”

Neil Moran, a vice president with the International Dairy Foods Association (IDFA), says he met Tom more than a decade ago when he was new to IDFA.

“One of my responsibilities was the tradeshow, Worldwide Food Expo,” he says. “I wasn’t a tradeshow person. I had been a CFO in various organizations for over 20 years. Tom called to introduce himself and Dairy Foods. He offered to introduce me around to his exhibitor contacts, explain the history of the show, competitor relationships, etc. In short, he offered his time and experience to help me in my new role. It was invaluable.”

I sincerely hope that those of you who are reading this column had the chance to meet Tom over the almost two decades he served as Dairy Foods’ publisher. He was the best.