The coffee and creamers businesses performed well in categories that are enjoying good growth.

In reporting 2012 results today, the Nestlé Group said growth was broad-based across all categories and geographies, with 5.9% organic growth (3.1% real internal growth and 2.8% pricing) worldwide. Sales of milk products and ice cream increased 5.7% in 2012. 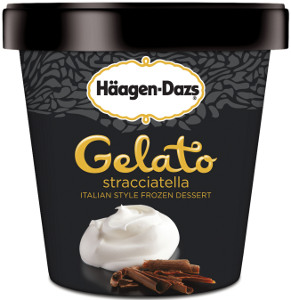 In North America, Nestle said it focused on increasing the value perception of its frozen food business, with improved recipes and nutritional profiles, a new promotional strategy and communication, whilst also prioritising the higher value segments within ice cream. The result has been generally improving share trends across our categories. Frozen was helped by innovations including DiGiorno Italian Favorites and Lean Cuisine Salad Additions.

Ice cream grew in the higher value areas, super-premium and snacks, reflecting our strategy to optimise the category mix. Another innovation, Häagen Dazs Gelato, was launched successfully. The coffee and creamers businesses performed well in categories that are enjoying good growth.

The Coffee-Mate liquid range, including Natural Bliss, was the highlight in creamers, whilst Nescafé Clásico was the growth driver in soluble coffee.

Nestle said it continues to see generally positive trends in Latin America, where it said it drove innovation through regional roll-outs under well-established brands. In Brazil, most categories grew double-digit. Highlights included the successful launches of Kit Kat and peelable ice cream, as well as the continuing good performance of Nescafé Dolce Gusto.

Nestle said it continued to grow in Western Europe, "fuelled by a strong innovation pipeline combined with a rigorous approach to efficiencies." It said it made "real progress" in Great Britain in the fast-growing online, convenience and discounter channels. In France it gained market share in most categories. Across the Zone, Nescafé Dolce Gusto continued to be a key growth engine and Maggi also performed well in many markets.
There was continued improving momentum in Russia, with Nescafé, ice cream and chocolate all contributing good real internal growth.