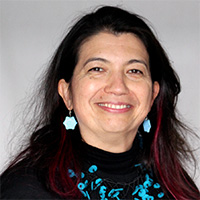 Olgica Bakajin is CEO of Porifera, Inc. Since founding the company in 2009, Olgica has led Porifera to apply its unique, world-leading forward osmosis technology to solve challenges in ZLD, water re-use, and food and beverage processing. Porifera has pilot scale and commercial FO systems operating in North America, Europe, and Asia.

Prior to founding Porifera, Dr. Bakajin led a research team at Lawrence Livermore National Laboratory that performed pioneering work on fluid flow through carbon nanotubes. She received her BA in Physics and Chemistry from the University of Chicago and her Ph.D. in Physics from Princeton University. Dr. Bakajin received the NanoTech Briefs Award in 2007, R&D 100 Award in 2010 and has been elected Fellow of the American Physical Society in 2011. Dr. Bakajin has co-authored 13 issued, and several pending, patents and her publications have been cited over 12,000 times.