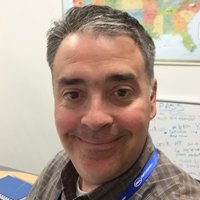 Bob Tyler is a General Sales Manager for Pall Corporation, Food and Beverage. He is responsible for all filtration and separation technologies sold into food and dairy plants across North America. Bob joined Pall Corporation in 2000. For his first 8 years at Pall Corporation, Bob was the Market Sales Manager supporting craft breweries filtration needs in North America. Bob has visited hundreds of breweries all over the globe to help reduce overall filtration cost in craft breweries, improving their brands' beer stability.  For the past 6 years Bob has been tasked with supporting the Food and Dairy industry. Bob has worked with various Food and Dairy feed streams and has extensive knowledge in direct and crossflow filtration systems.

Bob served in the United States Air Force from 1992 –1996 Desert shield / Desert storm. During his time in the USAF, Bob supported C-5 and C141 aircraft for critical mission support.  In 1999 Bob graduated from the New York Institute of Technology with a Bachelors of Technology in Mechanical Engineering.  In his spare time Bob enjoys brewing his own beer, carpentry and playing with his four children.