This website requires certain cookies to work and uses other cookies to help you have the best experience. By visiting this website, certain cookies have already been set, which you may delete and block. By closing this message or continuing to use our site, you agree to the use of cookies. Visit our updated privacy and cookie policy to learn more.
Home » Organic Valley launches video campaign to 'Save the Bros' with its organic milk protein shake 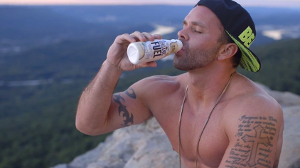 La Farge, Wis.-based Organic Valley teamed up with Humanaut, a brand invention agency, to launch of a viral video campaign to educate consumers about the benefits of Organic Fuel, its organic milk protein shake.

To date, the video has over 1.1 million views on Youtube and Facebook. The video was named Adweek’s best commercial of the week on Feburary 20 and was featured in Forbes, Mashable and Digiday, among other media outlets, according to Organic Valley.

Is dairy a cannabis candidate?

The global ready-to-drink (RTD) tea and coffee market, meanwhile, is expected to expand at a CAGR of about 5.6%, a report by Grand View Research Inc. states. Innovation could help dairy processors grab their fair share of this growth.

JK Tech Smart Dairy is an orchestrated design, solution and a framework that captures key moments of the milk journey right from the producers to the customer, and all operational activities are fully mapped to address user expectation, business challenges, Industry trends with the right technology enablement.
View All Submit An Event