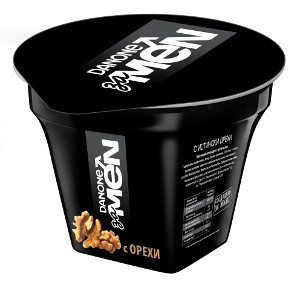 Danone, the parent company of U.S. dairy processor Dannon, launched its own yogurt product line for men in Bulgaria last summer. The concept is currently being expanded to other markets. The company partnered with Greiner Packaging to create containers with stylish, sleeved cups that focused on a masculine design.

In a number of studies, Danone Bulgaria concentrated on the taste preferences of Bulgarian men in yogurt consumption. The major findings revealed that men in Bulgaria particularly like yogurt products with thick consistency, high fat content, and a distinctive taste. Natural ingredients were also sought after. These insights influenced the creation of the product line, Danone for Men, which has been a success in the Bulgarian market since summer 2013.