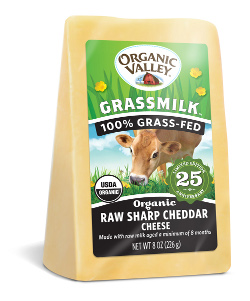 Organic Valley, La Farge, Wis., announced the launch of Organic Valley Grassmilk Raw Cheddar — an artisanal raw milk cheese made from the organic milk produced from cows that are 100% grass-fed.

General Mills Big G cereal and ‘got milk?’ team up for breakfast